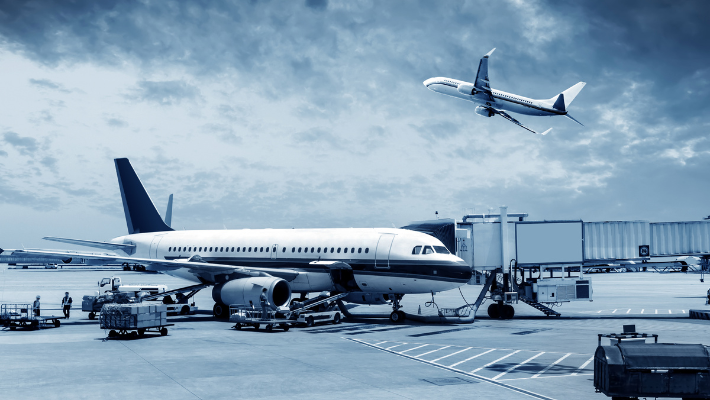 The Airport Collaborative Decision-Making (A-CDM) model has become a reality in many airports around the world. What started as an EUROCONTROL initiative is extending beyond Europe and many airport communities are taking major steps to improve collaboration and predictability in real time.

EUROCONTROL developed an Airport CDM implementation Manual that is widely used as the guideline when adopting the model. However, there are certain aspects that extend beyond the Manual that should be considered before and/or in the early stages of its implementation.

ACI has worked with ALG and other international partners to develop the first edition of the Airport Collaborative Decision-Making and Total Airport Management Handbook. The aviation industry must work together to apply the needed changes to ensure efficiency, predictability, and sustainability.

Understanding the need and designing the future operation

The first step when deploying any operational transformation program is identifying what needs to change, how it will be changed, and how these changes will evolve from the way they operate today. A-CDM is not the exception; its implementation must begin with a feasibility analysis that also provides an assessment of the current situation.

This analysis should become the baseline of the A-CDM’s development, which includes designing the new procedures and acquiring the A-CDM platform to support the new way of operating. Without understanding the current state of the airport regarding basic topics, such as operational constraints, regulations, information sharing or the stakeholders’ collaboration, the implementation of the A-CDM will not reflect the reality of the airport operation and will not achieve full efficiency and predictability.

The Feasibility Analysis must be the first step to prepare the airport community for the implementation of the A-CDM.

The power of the airport community

A-CDM is not a model that could be implemented in isolation. As its name suggests, the model requires the collaboration of all airport stakeholders and it is necessary to ensure that all partners are engaged and committed.

The spirit of collaboration must be reflected in tangible agreements such as Memorandum of Understandings (MoU) or Letters of Intent, stating the basis of the interaction, commitments and obligations. A MoU, while not legally binding, helps to agree on expectations, clarify general obligations, and guarantee cooperation among each others. It should be signed before the development phase and ratified as required.

One of the stakeholders whose engagement should be a top priority is the Air Navigation Service Provider (ANSP), especially in for their Air Traffic Control (ATC) and Air Traffic Flow Management (ATFM) units. As the stakeholder that is responsible for all air traffic management and many of the A-CDM elements, such as the PDS, ensuring their commitment to operate according to the new procedures and integrating with the platform is critical; without them, the A-CDM will fail. It is recommended to perform individual engagement activities to make them feel part of the A-CDM and reduce their resistance to change.

The A-CDM implementation must have all main stakeholders (ATC, airport, airlines, and ground handlers) on board and willing to collaborate and share information.

The aviation industry is evolving quickly, and the airport community needs to keep up with it in order to provide optimum service levels and minimize costs. In that regard, and with the surge of data at the core of the decision-making, it is imperative to monitor the performance, not only in the post-operational phase, but in real time.

The performance framework and the information sharing required for the A-CDM are the main enablers of the performance monitoring in real time that should be underpinned in targets and/or thresholds that, when included in a dashboarding tool, aid to identify possible scenarios that may require immediate attention or detect future improvements.

It is suggested to begin with a post-operational analysis, to be periodically assessed with stakeholders, before the transition to real time once the A-CDM KPIs are active. Opposite to what is expected, airports do not often measure their performance thoroughly and quantifying their existing issues might bring some reluctance at the beginning and disbelief on the results. The focus should always be on the improvements and measuring the positive impact of the progressive operational transformation. You cannot measure what you do not track.

Performance must be monitored from Day 1 with clear targets that describe where the operation must be in the future.

Preparing for the implementation

Projects introducing changes in the operation of a consolidated environment are very sensitive to community engagement and awareness and the stakeholders must leverage all available tools to ensure a smooth transition towards the new way of operating.

Vladimir is an Sr Engagement Manager in ALG with 15 years of experience in airport operations and airspace design. He is a strong advocate of operational optimization programs that have predictability at the core and believe that the integration and collaboration of the airport community is the best way to achieve efficient operations. In the last years he has leaded the implementation of A-CDM in major airports in Bogotá International Airport and Lima International Air, Airport Operations Plan in Athens International Airport and supported EUROCONTROL in the Total Airport Management concept definition.