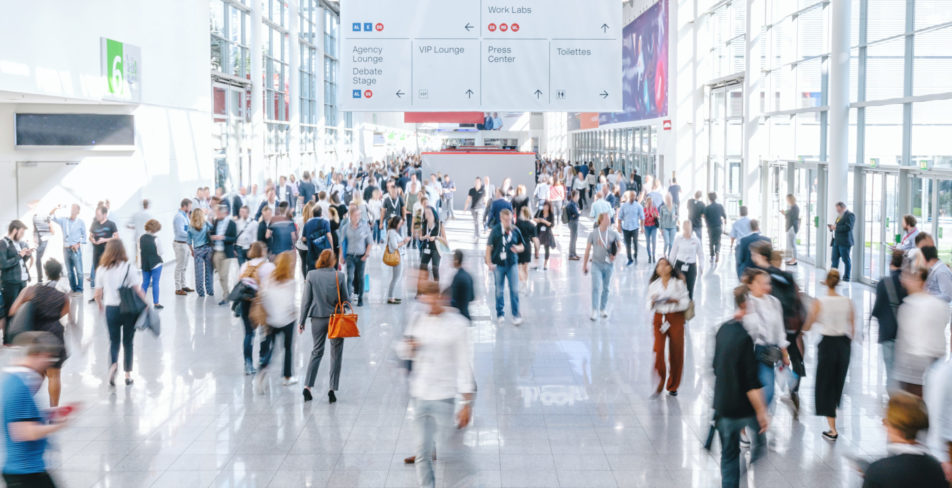 A glimpse at emerging markets

Since the end of the Great Recession in 2009/early 2010, global passenger traffic has risen 5.8% on an annualized basis; a testament to air transport’s resilience. Although growth patterns in air transport demand vary from one market segment to another, air travel has remained largely unperturbed over the short run despite the economic woes, uncertain geopolitical landscape, acts of terror and other events that permeated many markets over several years.

Historical analysis of market segments reveals a marked divergence in growth between airports located in emerging markets and those located in advanced economies. The mature markets of North America and Europe experienced modest growth levels, whereas major emerging economies, such as the BRICS (Brazil, Russia, India, China and South Africa) group of nations, posted significantly higher gains year after year. From the turn of the millennium up until 2018, airports in advanced economies and emerging markets recorded annualized growth of 2.6% and 9.4% per annum respectively. The cyclical slowdown in such emerging markets as China has not directly translated into lower growth levels for passenger traffic. In fact, emerging market growth has stabilized in the realm of 8% year over year.

While the sustained growth in air transport demand will continue to be attributable to emerging markets, industry dynamics continue to defy the conventional wisdom over the medium-term. Following on an earlier economic rebound after the Great Recession, the advanced economies of Europe and North America continue to post growth rates that are well above their historical growth levels. Passenger traffic among European Union economies and United States was 6% and 4.1% respectively per annum from 2013 to 2018. Passenger traffic among advanced economies was 4.9% for the same period. In addition to a strengthening economic landscape, microeconomic factors that have intensified air transport competition over the medium term continue to put downward pressure on fares in key market segments. More specifically, the widespread adoption of the low-cost carrier business model has also provided affordable access to air transport for huge segments of populations. Major low-cost carriers—such as Ryanair and EasyJet in Europe, Southwest Airlines in the U.S., and AirAsia in South East Asia—have expanded scheduled seat capacity aggressively to meet demand for air travel, particularly on short and medium-haul routes. This is a major factor contributing to a convergence of passenger-traffic growth rates in the developed and developing nations. Another important factor is the feedback loops regarding traffic from emerging markets to advanced economies. For instance, Chinese outbound tourists are among the fastest growing segments and their appetite to destinations outside China has helped fuel this growth. A similar pattern exists for air cargo. Despite recent weakness to the global economy, strong global demand and international trade have bolstered volumes after 2012 (see Charts 1 and 2).

Contribution to global growth by country

China was the leading contributor to global growth in passenger traffic from 2008 to 2018, airports in China contributing 18.1% of total global passenger-traffic growth. It is followed by the U.S. and India, which had shares of 11.1% and 5.9% respectively. The European country markets that made the greatest contributions to growth over the same period was Turkey and the Russian Federation, with 3.7% and 3.4% respectively. The distributional shares and cumulative contributions to global passenger traffic growth for major countries are presented in Chart 3.

Since China is one of the world’s major exporters and it is also a fast-growing economy, it is no surprise that China was the overall largest contributor to growth in air cargo volume from 2008 to 2018. However, the boom in air cargo in the U.S. in 2017 and 2018 driven mainly by domestic freight markets made that country market the second largest contributor to global air cargo growth. China accounted for 22% of the total growth over that period. China was followed by the U.S., Qatar, India, and Hong Kong SAR. The top five contributing nations accounted for a combined 58.5% of total air cargo growth. The distributional share of the contribution to global air cargo-traffic growth from 2008 to 2018 by country is presented in Chart 4.

Subject to infrastructure capacity considerations, rising incomes in emerging markets will help propel global traffic to new heights in the coming decades as the more mature markets of Western Europe and North America cede rank to new airport hubs in other regions. Sizeable population bases in emerging markets are also significant economic engines driving this phenomenon. In fact, these countries account for over 85% of the world’s population, although half of global output (measured by GDP) comes from advanced economies. Despite recent rises in advanced economies’ growth rates, the proportion of global traffic accounted for by emerging markets continues to increase. In 2000, countries that were classified as emerging markets handled 20% of the world’s passenger traffic. By 2018, the proportion of global passenger traffic handled by emerging markets increased to 47%. By 2040, the countries presently defined as emerging and developing economies will account for 60% of all passenger traffic. Similarly, air cargo handled by emerging-market airports jumped from 19% of world volume in 2000 to 39% of global cargo volume in 2018 (see Charts 5 and 6). The proportion is expected to increase to 49% by 2040. 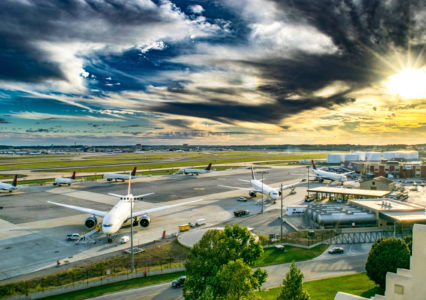 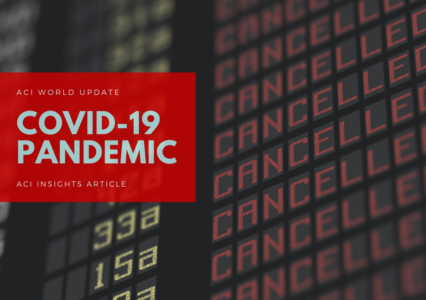 COVID-19: How airports prepare for the worst and plan to get back to their best

by David Whitely | Apr 6, 2020
Author Douglas Adams wrote in one of his irreverent novels, “Let’s think the unthinkable, let’s do the undoable. Let us...
Read more 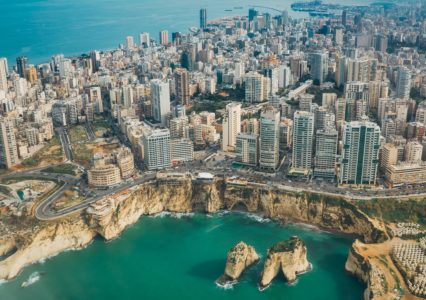