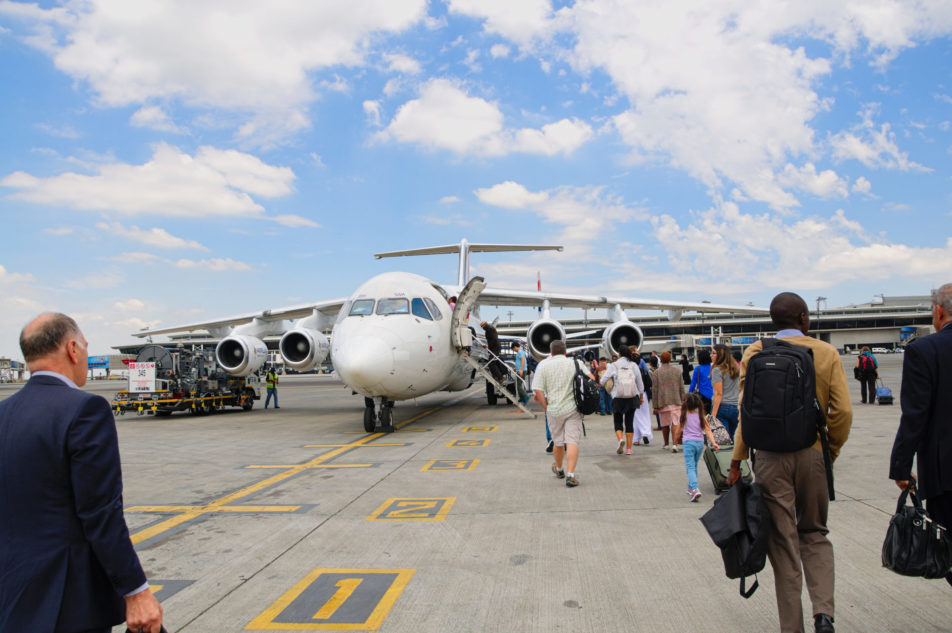 Africa is often described as a sleeping giant poised for a mass awakening. As the second-largest and second-most populous continent, boasting over 1.2 billion inhabitants, Africa will be a vital participant in the global economy. In 2017, the continent was home to some of the fastest-growing economies on the planet—such as Ethiopia, Tanzania and Djibouti. At the same time, the African economy remained vulnerable to the external macroeconomic environment and global shocks. Low commodity prices have hit major economies such as Nigeria, Africa’s largest economy, whose total passenger traffic dropped 5.5% in 2017. Despite the bumpy ride, aviation has the potential to grow significantly in Africa in the years to come, provided that markets open up. Further liberalization and competition throughout all sectors of the air transport value chain would enable access to new markets, both within the continent and on an intercontinental basis. That is, a loosening of regulatory constraints in aviation policy would create fertile grounds for enhanced connectivity and investment in Africa.

Implementation of the Yamoussoukro Decision in 1999, aimed at deregulating air services, has been relatively slow and limited. So the potential benefits of liberalizing intra-African air markets remain largely unrealized, except for a few major market segments.

Throughout Africa, passenger traffic increases remained heterogeneous. Besides the liberalization of air transport, geopolitical concerns, health scares and an array of other factors have acted as impediments to growth. Starting in late 2010, the Arab Spring, the Egyptian crisis and ongoing security risks in Northern African nations were major setbacks for passenger-traffic growth, especially at airports located in Northern Africa. Similarly, the Ebola outbreak also crippled aviation in parts of Western Africa in the second half of 2014, although traffic has since recovered (see Chart 1). Despite 2017 having been earmarked as a comeback year for Africa, heterogeneity in growth patterns remains. In 2017, while Nigeria experienced a sharp decline, passenger traffic at airports serving major tourist destinations in Northern African countries experienced an important resurgence. Egypt, Morocco and Tunisia all experienced passenger-traffic growth in excess of 10% for the year. Traffic on segments between French hubs in Europe and airports located in North African countries experienced the largest increases in international traffic.

South Africa, the largest aviation market on the continent in terms of throughput, experienced a moderate 3.7% gain in passenger traffic. Ethiopia remained a rising star among African aviation markets. Not only is Ethiopia the fastest-growing economy in the world, it is also the fastest-growing market for passenger traffic in sub-Saharan Africa. Ethiopian Airlines, the largest African carrier in terms of capacity, has continued to expand substantially since embarking on a 15-year growth plan in 2011. In less than a decade the airline has more than doubled its capacity. In order to absorb the region’s and Ethiopian’s continued passenger traffic growth, a second Addis Ababa airport is planned for construction.

The African economy gained momentum in 2017, benefiting from the cyclical recovery in global trade. The recovery in oil prices in the latter half of 2017 has helped revitalize major economies such as Nigeria, Africa’s largest economic engine and a major oil producer. After a recession in 2016, the country’s economic growth finally inched up into positive territory. A buoyant European economy in 2017 fostered a multiplier effect, to the benefit of the overall African economy. Growth in air cargo volume mainly came from international trade lanes, especially to and from Europe. Domestic air cargo markets within African countries remain relatively thin and show weak growth prospects.

Even though the African air cargo market is relatively small compared to the rest of the world, it actually posted the largest percentage gain in overall volume in 2017. Air cargo volume for the continent as a whole grew 9.2% in 2017. Air cargo is highly concentrated in a handful of African airports. The substantial increase in volume is attributed in large part to South Africa, the continent’s second-largest economy. It handled a 19% share of the overall volume and remains the leading air cargo market in Africa. Air cargo volume grew by an astounding 27.7% in 2017 at South African airports. With South Africa’s GDP strengthening in 2017 over 2016, its cargo traffic growth for the year follows a period of overall stagnation throughout the past decade.

Africa’s passenger traffic gained 11.2% for the first half of 2018. The region’s growth rate has been trending upwards in recent months, benefitting from a recovery cycle in some of its major economies, as well as the upswing in commodity prices, a boon to its natural resources-heavy industrial structure. Africa’s air freight traffic (excluding mail) growth reached 12.7% on a year-to-date basis in June, with most of its major contributors posting double-digit growth. Although the market remains the smallest in the six ACI regions, it has been posting strong growth figures in the last 18 months and should end 2018 with a growth pattern similar to 2017.

Africa has turned the page to the next chapter in aviation development. The African Union launched the Single African Air Transport Market (SAATM) this year, which could further improve the region’s aviation prospects to open the skies. The growing commitment to a common aviation market will alleviate existing regulatory constraints. It is expected that the policy will improve consumer choice, enhance competition across the air transport value chain and augment connectivity on the continent. Over the long run, this would result in overall net gains for the continent’s aviation sector and the economies it serves.