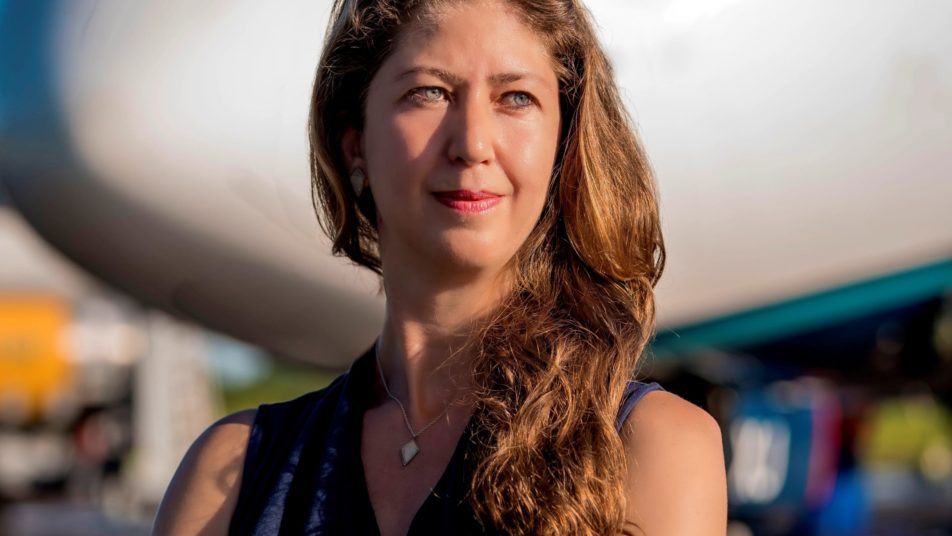 At VINCI Airports, women are moving up

VINCI Airports, a global player in the airport sector, has always considered professional equality between women and men as an opportunity for teams’ cohesion and social progress. VINCI Airports has set itself an objective to actively participate in accelerating the gender balance of the mobility sector, starting by its own teams.

VINCI Airports’ action plan focuses on three priorities: supporting women in their careers in all of the 12 countries of the network, offer them opportunities for progression in line with their aspirations and attract more women to join the mobility sector.

The plan is already delivering results: the proportion of women in VINCI Airports’ workforce has reached 37%. VINCI Airports has also launched successful partnerships with schools and universities– for example through ‘Women into STEM’ at London Gatwick – which have been inspiring the next generation to consider working in mobility.

Every year, on International Women’s Rights Day, VINCI Airports takes the opportunity to celebrate the achievements of women and increase visibility of their fantastic careers – another way of helping forge gender equality. Last year has marked the launch of VINCI Concessions’ web series: “Women on the move” with the objective to highlight inspiring career paths held by women within VINCI Airports.

This year, VINCI Airports has the honour to present the profile of women leading its operations as airport CEOs across 4 continents, in the Dominican Republic, the United States, in France, and in Cambodia.

“After leading our Peruvian subsidiary Pex, part of VINCI Highways network, I am now honoured to take over VINCI Airports’ 7 new  airports in the Amazon region. A new role, in a new country – it is an exciting challenge for me. In this area in the north of Brazil, where there is immense human potential and local economic, societal and environmental opportunities, we have an impact that goes far beyond the region. I focus on upholding our model as an engaged employer and our unique capacity to help emerge new generations of committed and diverse leaders. These individuals will be our VINCI Concessions ambassadors for Positive Mobility.”

“I have had the privilege of working for VINCI Airports as CEO of AERODOM – a company that manages six airports in the Dominican Republic – for 10 years now. When you are part of a network like VINCI Airports, you bet on and promote not only connectivity and economic development, but also sustainability. Thanks to the Group’s vision and trust, my status as a woman has never been an obstacle for carrying out my role. On the contrary, VINCI Airports has shown that it is in teams made up of people with diverse genders, professional experience and nationalities that the best ideas and the best results are achieved, always with the goal of Positive Mobility”.

“Passionate and coming from the field, I am delighted to contribute today, as an airport manager, to a common dynamic for all the platforms of the VINCI Airports network”

“After several years in the airline industry, I joined VINCI Airports and began my career at Grenoble Alpes Isère airport as a gateway supervisor, then as a station manager before taking over the management of the hub in 2016. This new challenge was an opportunity for me to live my passion to the fullest and to pass it on to my teams. The health crisis and the urgent need to mobilize in the face of environmental issues have underlined the importance of everyone’s involvement in overcoming the current challenges. Together, we aim to achieve our objectives and sustain our activity as an airport operator. Each individual initiative contributes to enriching our global approach at VINCI Airports and to making even more ambitious commitments, as it is the case for the environment. I am proud to be part of a network that recognizes the determination and commitment of each individual, offering everyone opportunities for development with the aim of preparing the future and building an ever more positive mobility together.”

“At Cambodia Airports, I am continuing a legacy of women entrusted with top managerial responsibilities. After leading 3 airports in France, I had taken over the direction of Siem Reap Airport and, in less than one year, was also appointed General Manager of Phnom Penh Airport, the country’s busiest platform. This is a first in the history of our company, which has a long presence in Cambodia going back to 1995. My career path embodies the Positive Mobility approach that VINCI Airports has pushed for many years. My teams are full of promising talents unafraid of challenges ahead. And I want them to take full advantage of the opportunities offered by this trailblazing organization and to further contribute to its legacy.”

“With on-going support from VINCI Airports, my career continues to thrive in an environment of shared best practices and exchange of ideas across all of their business platforms”

“The Orlando Sanford International Airport (SFB) in Florida represents VINCI Airports’ first investment in the United States, as well as one of the few examples of airport privatization and municipal partnership, in the US.  When VINCI Airports acquired our group of airports in 2018, we were introduced to a company not only with excellence in airport operations, but also committed to diversity, equality and inclusiveness with an airport portfolio reaching across the globe.  This commitment is evident not only from leadership at VINCI Airports headquarters, but throughout all of its companies across countries and cultures all over the world.  With on-going support from VINCI Airports, my career continues to thrive in an environment of shared best practices and exchange of ideas across all of platforms ensures many opportunities for us to connect throughout the year in person and virtually.  This approach will continue to serve VINCI Airports well as it expands its footprint in the United States and leads the airport industry in innovation, environmental stewardship and community partnership.”

“It is essential for me to integrate gender diversity into the construction of our teams; they are our best assets for success”

“After several years in the airline industry, in particular within the airline easyJet, I steered the organization set up for the delivery of the new Terminal 1 at Lyon-Saint Exupéry airport, which joined the VINCI Airports network in 2016. In 2019, I seized the opportunity to manage the Alpine airport of Chambéry Savoie Mont Blanc.

I felt the need and desire to work with a team of passionate people, well suited to manage the airport’s intense winter operations. The airport’s high seasonality makes it a real learning spot for operations management. We recruit around 250 temporary staff each year and train them for the season.

One of my key objectives on a daily basis is to maintain the quality of the customer experience and operational excellence in all circumstances. For me, this means being able to inspire young men and women from diverse backgrounds to discover the operational and technical professions in the aeronautical industry and to encourage them to take up a career.”