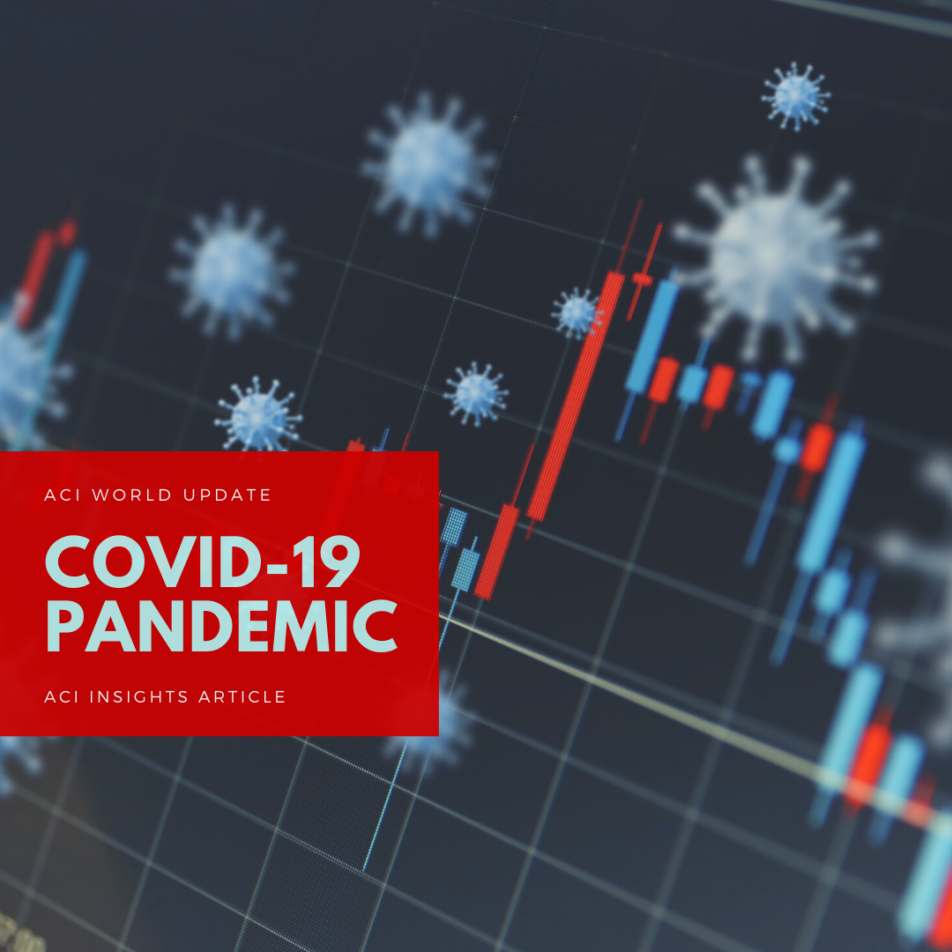 COVID-19 : An existential threat to the global airport business

The COVID-19 outbreak has resulted in an unprecedented disruption of global air transport. Virtually all airports, especially those handling international passengers, faced catastrophic declines in traffic volumes. In many instances they have suffered either near-total or complete closure of infrastructure to regular commercial operations of passenger airlines.

The airport sector is therefore among the most severely affected industries from an economic standpoint.

Due to the fast and radical shifts in the world and the air transport industry, ACI will continue to periodically update the impact of COVID-19 on airport business. The most updated Economic Data Bulletin considers the scale of travel restrictions, global quarantine measures and other major events that have unfolded since the last assessment.

Impact on passenger traffic for first quarter of 2020

ACI also forecasted that global passenger traffic would reach 9.5 billion passenger mark in 2020. However, the ongoing black swan event made this traffic volume unattainable as the industry was literally grounded as of end of March.

The most recent traffic figures for January 2020 demonstrate that the COVID-19 impact on aviation was rapid: global passenger traffic grew by just +1.9% in January 2020, down from +4.9% a month prior. The Asia-Pacific region was already showing the impacts of the COVID-19 crisis in January, declining by -1.8% due to a significant shift in domestic traffic (-3.6%).

As compared to the business as usual forecasts, the reduction in global passenger traffic volumes as a result of the pandemic progressed from -6.9% in January to -22.9% in February and -53.1% in March, totaling to a -28.3% decline for the first quarter of 2020, equivalent to a reduction of 620 million passengers in absolute terms.

The traffic estimates for the first quarter of 2020 portray a distressing picture. Airports located in all regions will lose passenger traffic at double-digit rates.

Asia-Pacific appears to be the most affected region with an estimated –38.9% loss in passenger traffic for the first three months of the year, followed by Europe (-23.9%) and North America (-20.7%). The magnitude of losses intuitively follows the chronological order in which these major economic centers of gravity were affected.

Impact on passenger traffic for the year 2020

The ongoing health crisis will have far-reaching economic ramifications with predictions that the impact of COVID-19 will extend not only to the second quarter of 2020 but also the second half of the year.

Most experts in the air transport industry agree that recovery may take a year to 18 months to reach pre-crisis traffic levels and the industry may not record pre-COVID-19 traffic volumes again before the end of 2021.

Taking into account the one-quarter decline in passenger traffic in the first quarter and substantial traffic losses in the second quarter, global passenger traffic will lose close to two-fifths (38.1%) as compared to the forecasted figure, equivalent to 3.6 billion passengers in absolute terms.

Asia-Pacific, Middle East and Europe—the three markets relying heavily on international traffic—will lose a substantial share of passengers, exceeding one-third in all three cases. Airports in the Americas, characterized by a significant share of domestic operations, are expected to lose over one-third of their total passenger throughput.

Impact on airport revenues for the first quarter of 2020

Revenue channels have been paralyzed by the unprecedented drops in aviation and commercial activity. While revenue dried up, the cost base for airports is not as flexible as the majority of their costs are fixed or semi-fixed.

ACI forecasted that, prior to the COVID-19 outbreak, global airport revenues for the first quarter of 2020 would reach close to $39 billion (all figures in US Dollars).

Based on traffic trends under COVID-19 and the inevitable reduction in the overall commercial activity, ACI now estimates a -33% loss of revenues equivalent to an approximate revenue shortfall of $13 billion.

In the context of the airport industry, this is equal to the total annual revenues of ten largest airports in Europe or Asia-Pacific.

While it is clear that the largest aviation markets of Asia-Pacific, Europe and North America will face multi-billion-dollar losses already in the first quarter of 2020, airports located in the Middle East, Latin America-Caribbean, and Africa will also suffer substantial losses proportionate to their size and market position.

Impact on airport revenues for the year 2020

Based on the estimated traffic figures for the full year 2020, ACI also extended its revenue impact assessment. While the industry was expected to generate about $172 billion at current market exchange rates and assuming flat evolution of unit revenues, it may lose about 45% or over $76 billion by the end of this year in light of the ongoing crisis.

A drastic decline of such magnitude represents an existential threat for the industry as a whole.

Airports must also continue to meet their capital expenses obligations as they remain characterized by predominantly high fixed costs necessary for maintaining and operating the infrastructure components of the airport, such as runways, taxiways, aprons, parking stands, and terminal buildings.

Despite the sharp reduction in passenger traffic, many airports and certainly large airports serving major cities remain open for cargo operations. Continuity of the air cargo business is essential for households, communities, and industries, the global economy at large and, for fighting the ongoing pandemic.

As Governments continue to make decisions on economic stimulus, ACI World has recommended the following policy measures in order to alleviate the shortfall for airports.

These policy responses aim to ensure the continuity and sustainability of airport operations in these exceptional circumstances. The aviation industry and Governments should approach the prospects for recovery strategically, pragmatically, and in partnership.

Furthermore, in response to the massive impact COVID-19 is having on the industry, ACI World has also called for measures to protect the livelihoods of millions of employees who work at airports around the world.

ACI data shows that airports employ – either directly or indirectly – more than 6.1 million people globally which makes up 60% of all employment in the aviation sector. Indeed, the typical hub airport has as many as 40,000 employees either working for the airport operator or for other employers on the airport site.

Measures that could be considered include:

Countries must also consider maintaining a minimum level of employment to allow continued operations and to preserve a rapid return to full operations. This would mean supported wage guarantees with regards to those still employed and bridge-in programs for those temporarily laid off.

Prospects for recovery in aviation

As regards prospects for recovery, ACI believes it is reasonable to foresee faster recovery in domestic passenger traffic. In the case of international passenger traffic, however, the recovery will take longer, as any international flight implies reciprocal permissions, while various States will re-emerge from the current crisis at different times with varying pace of relaxation of the recently imposed restrictions.