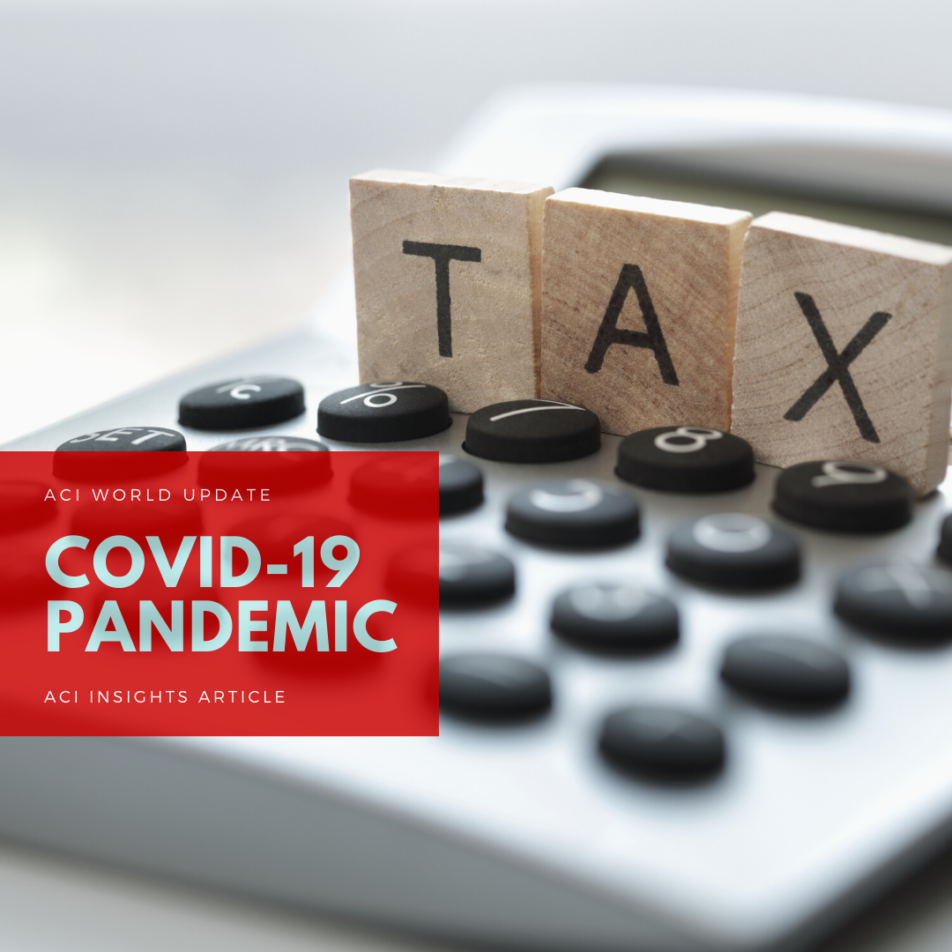 COVID-19: Granting tax reliefs for the airport industry: A policy instrument to weather the storm and prepare for recovery

As the COVID-19 crisis continues to unfold, many airports in the world are engaged in a battle to keep their essential operations afloat and preserve jobs. Already, the financial impact of the current crisis is significant and unlike anything we have ever seen in the airport industry.

Forecasts evolve every week as regard the financial losses of the industry – and these losses deepen further as aircraft remain on the ground, airlines cancel flights for the coming weeks, and forward bookings disappear.

The most recent simulations point to airport industry revenue losses of exceeding $60 billion (figures in US Dollars) for 2020, as more industry experts conclude that the recovery will take a long time.

It is also becoming clear that air transport demand will be adversely affected by a full-scale economic downturn implying falling income and rising unemployment.

This will inevitably translate into lower real disposable income of the population and consequently lower propensity to fly.

The airport industry, worldwide, is therefore in need of urgent support from government authorities to weather the storm, protect jobs, ensure essential operations, and plan for recovery.

Taxes are a significant cost to airport operators

Airport operators, as business entities in their own rights, are required to pay taxes on their income in most jurisdictions worldwide.

While a significant percentage of airports around the world are public entities which operate under different administrative structures than corporate entities, they still generate tax revenue for their respective States.

According to ACI economic data, this figure amounts to more than $10 billion at the global level, which represents around 7.6% of total costs, including operating and capital expenses, incurred by the industry annually.

Airport operators additionally pay an array of taxes and fees to governments. Payroll taxes are paid by both airport staff and airport operators on wages, usually to fund social insurance systems and raise general national and local government revenues.

And finally, airport operators are often required to pay a fee to governments against the right to occupy land and/or to operate. This is especially true for airports operated under concession agreements, as they are generally required to make ongoing payments to the government.

For these airports, ACI economic data suggests that concession fee payments to governments aggregated on a global level amounted to 17% of their operating expenses for the financial year 2018, irrespective of the traffic throughput level or location.

Deferring the payment of corporate tax to the third quarter of 2020 is an urgent support measure that governments can immediately implement to relieve pressures from fully-stretched airport finances. Such relief should apply to tax balances due, as well as installments.

Cutting payroll taxes is another solution to provide a short-term relief. Cutting employer-related payroll taxes for airport operators means they are able to immediately benefit from the cash savings through improved cash flow, which can then be reoriented towards operating expenses and notably staff costs.

A third short term solution is for governments to consider, on a case-by-case basis, to waive or postpone airport rents and concession fees applicable to airport operators, irrespective of their ownership status.

Such waivers could be a one-time measure for a defined period of time, without the requirement for airports to pay back the waived amounts later. Waiving airport concession fees would allow airport operators to relieve the financial stress they are under while redeploying these funds to continue operations and support recovery strategies.

Finally, in complement of a much-needed tax relief package, governments should also consider the rapid introduction of wage subsidy schemes. Through this, airport operators would be partly refunded for employees’ wages paid to staff, with the ultimate goal shared by all industry stakeholders and public officials to keep essential airport staff employed. This would also help aviation to recover faster.

In a globalized world that is full of economic interdependencies, safe, secure and economically viable air transport represents a major enabler of economic activity with a high economic multiplier.

In the medium to long-term, national authorities will have a key role to play to stimulate air transport demand and foster a rapid recovery of the airport business.

Passenger-based taxes added to airport charges and to airline fares, surcharges and ancillary fees can be significant in magnitude.

As the demand for air transport has an important elasticity, the removal of these passenger-based taxes (e.g., air passenger duty taxes, tourism taxes, solidarity taxes, entry taxes, etc.) will have a positive impact on traffic development once the recovery starts.

ACI World urges governments to suspend all passenger-based taxes that do not contribute to the aviation ecosystem in order to incentivize the return of passenger confidence to travel and support the recovery of air transport.