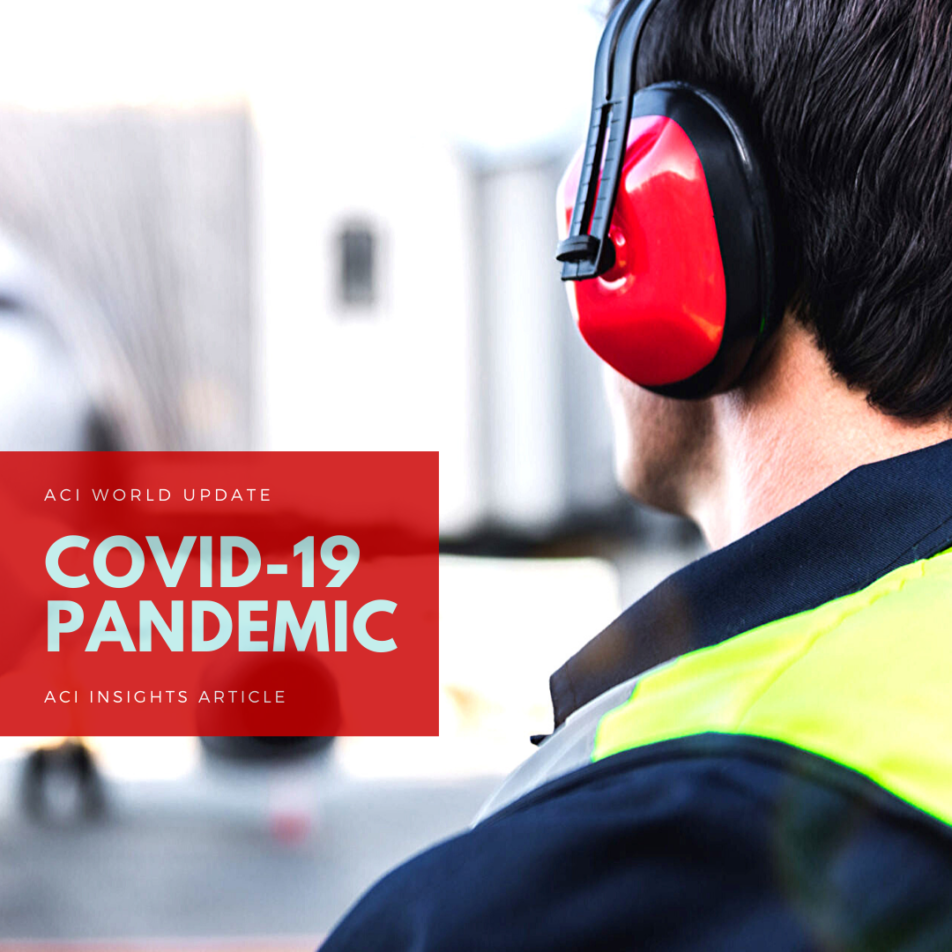 The travel bans and precautionary measures that governments have put in place are designed to help to mitigate the spread of COVID-19 and form part of a global effort to flatten the ‘Coronavirus Curve’ and to prevent further outbreaks.

The unfortunate by-product of this has been to put certain industries under a huge and unprecedented amount of economic pressure.

A pressing concern for many airports, along with other actors in the global aviation ecosystem, is the substantial loss of operating revenues caused by flight cancellations, travel bans, and the sharp declines in passenger traffic.

Airport revenues – from charges on airlines and passengers and from commercial activities – are directly linked to the level and evolution of traffic.

With some markets experiencing almost triple-digit declines in passenger traffic, the airport business has been pushed into financial distress. The loss in consumer confidence also means it will take time for the industry to rebound.

Revenues are used to cover capital costs and operating expenses such as staff costs. Current estimates point to airport industry losses of up to $70 billion (all figures in US Dollars) as compared to a projected pre-COVID-19 baseline for 2020.

To put this in perspective – the typical hub with more than 40 million passengers per annum generates, on average, $1.3 billion in annual revenues. In other words, estimated losses are almost equivalent to the entire revenue base of the world’s 50 busiest hubs. This does not take into account the huge losses that the other service providers at airports will inevitably incur.

Still, the safety, security, and health of airport staff and passengers remain paramount for airport operators during this crisis. Airports could not function the way they do without the variety of skilled and qualified personnel to perform key operations. That said, the airport labour force goes beyond essential operations.

Many employees that work at an airport are actually employed by outside entities – generally, these workers provide the commercial activities, such as food and beverage and retail services, aviation-related services such as ground handling, and governmental services such as border control as well as security.

Most on‐airport businesses that cater to passengers – such as retail outlets, duty free shops, restaurants, and car parking facilities – now have significantly reduced economic activity with many of them already shutting down.

In addition to providing essential services to the traveling public, these represent key revenue channels for airports.

The typical hub airport has as many as 40 thousand employees either working for the airport operator or on the airport site for other employers. The livelihood of millions of people needs to be considered in light of the recent measures to mitigate COVID-19.

Jobs beyond airports and aviation

According to Air Transport Action Group (ATAG), aviation’s direct, indirect, induced and tourism catalytic employment effect is in the realm of 66 million jobs. This is comparable to the populations of France or the United Kingdom.

Aviation’s global economic impact is the realm of $2.7 trillion or 3.6% of global Gross Domestic Product (GDP).

For decades, aviation has remained a major catalyst in supporting growth in other industries such as tourism. In fact, as much as 57% of international tourism is supported by air travel as the leading mode of transport.

The industry is hugely important to the social and economic welfare of millions of people across the planet. According to the United Nations World Tourism Organization (UNWTO), tourism accounts for 10% of global GDP with one-in-ten jobs linked to tourism.

Unfortunately, the measures introduced to limit the spread of COVID-19 have already resulted in significant loss of employment with many airports announcing lay-offs.

The present crisis is leading to a domino effect that is becoming apparent in these coming weeks. The International Monetary Fund’s (IMF) global growth outlook for 2020 is negative – a recession. The IMF predicts the decline in economic activity could potentially exceed the loss of income experienced during the Global Financial Crisis of 2008.

Tourism Economics, an Oxford Economics Company, estimate that the decline in international visitor spending in the US will tally 13 times the impact of SARS and nearly double the impact of 9/11.

Financial relief to protect the livelihoods of airport staff

There are several financial relief measures that States should consider in alleviating the significant drop in cash flows and to ensure operational and business continuity of airport activities.

Some of these measures are highlighted below:

States must also consider maintaining a minimum level of employment to allow continued operations and to preserve a rapid return to full operations. This would mean supported wage guarantees with regards to those still employed and bridge-in programs for those temporarily laid-off.

Other measures include fast track procedures such as security clearance with regard to the re-appointment of personnel temporarily laid off during the whole duration of the crisis. This would help minimize the impact on operations when traffic bans are removed.