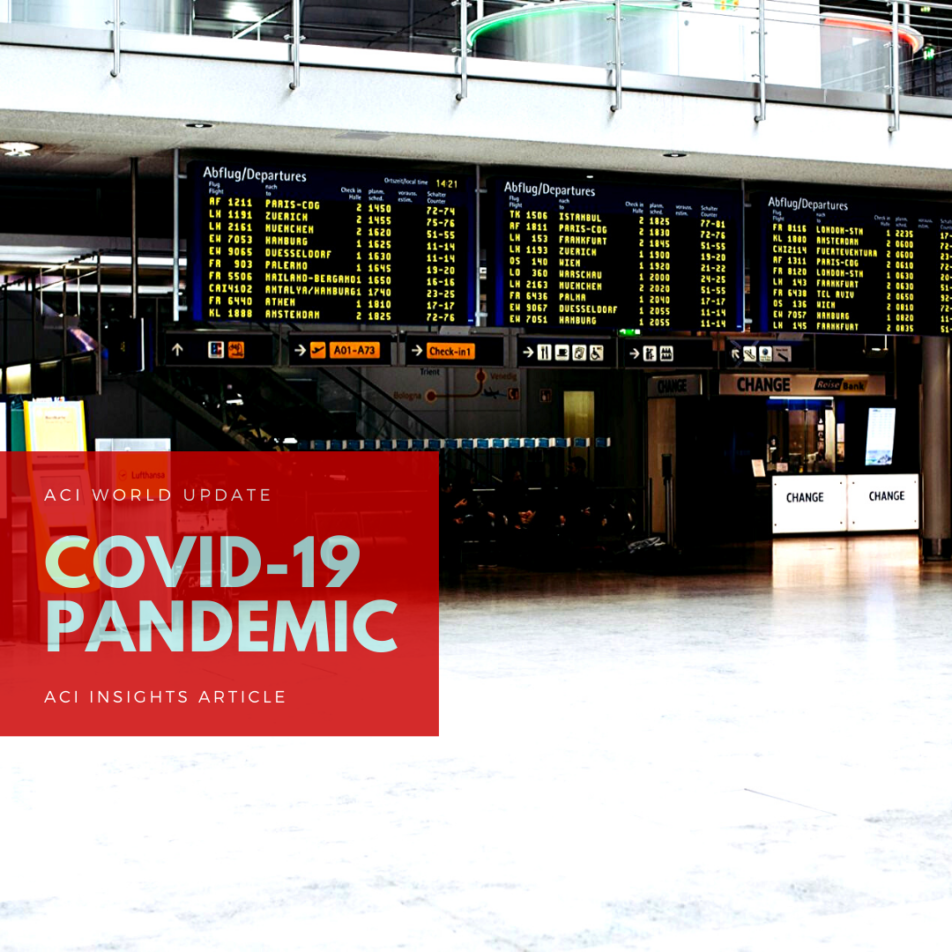 As the COVID-19 pandemic unfolds, passenger traffic continues to return historic low records and the financial situation of airports has deteriorated to an unprecedented level.

Airports of all sizes throughout the world have embarked upon drastic cost containment plans to counter the sudden impact on their revenues.

As airlines drastically reduced their operations worldwide and passenger numbers dropped to record-lows, the pressure to immediately and significantly reduce airport costs has increased tremendously.

Airport costs are difficult to adjust in time of crisis. This is reflective of the fact that the airport industry is highly asset-intensive. As a result, the airport cost structure is characterized by predominantly high fixed costs necessary for maintaining and operating airport infrastructure, such as runways, taxiways, aprons, parking stands, and terminal buildings.

ACI’s latest data shows that, at global level, more than one third of total airport costs are capital costs. For the most part, this is due to infrastructure depreciation.

Airport operating expenses are somewhat easier to adjust as they include more variable costs. The largest categories include personnel expenses, contracted services, utilities and energy, and lease, rent and concession fee payments.

Urgent cost containment measures have been implemented to respond to the financial pressure caused by the COVID-19 pandemic and have included reductions in all operating expense categories.

To offset their personnel expenses to sustainable levels considering their revenues, airport operators worldwide are implementing unpaid leave plans as well as temporary and permanent layoffs across all areas of their business.

Airports are also closing entire terminals to adjust to the collapsed traffic. But while it remains possible to close terminals fully or partially, adjusting airfield capacity including runways and taxiways is comparatively more complicated.

For an airport with a single runway configuration, this option usually cannot even be considered even if the airport is fully closed to passenger traffic, as it would typically remain open for cargo and freighter traffic and as a diversion alternate for emergency purposes.

Airports with multiple runways also face their own issues, including multiple requests for long-term aircraft parking which some airports have chosen to accommodate on closed sections of their airfield, with or without compensation, while they must continue to maintain these surfaces.

Airport concession fees are a significant cost for airport operators

Airport operators are often required to pay a fee to governments against the right to occupy land and/or to operate. This is especially true for airport operated under build-operate-transfer (BOT) model and its variations, whereby the concessionaire of the airport is generally required to make ongoing payments to the government.

For these airports, ACI World Airport Key Performance Indicators show that concession fee payments to governments aggregated at global level amounted to 17% of their operating expenses for the financial year 2018, irrespective of the airport size or location.

As such, it is common to see airport operators, and especially those under PPPs, required to pay concession fees which represent a much higher proportion of their operating expenses. In this context, waiving airport concession fees is a possible solution to relieve airports’ financial stress.

Waive concession fees for airports: A policy response to the COVID-19 outbreak

As the airport industry needs strong policy responses to the COVID-19 outbreak and the financial distress it has caused, governments need to consider, on a case-by-case basis, to waive or postpone airport rents and concession fees applicable to airport operators, irrespective of their ownership status.

Such waivers could be a one-time waiver for a certain period of time, without the requirement for airports to pay back the waived amounts later. Waiving airport concession fees would allow airport operators to relieve the financial stress they are under while redeploying these funds to continue operations and support recovery strategies.

by Angela Gittens | Mar 27, 2020
The travel bans and precautionary measures that governments have put in place are designed to help to mitigate the spread...
Read more
Share This