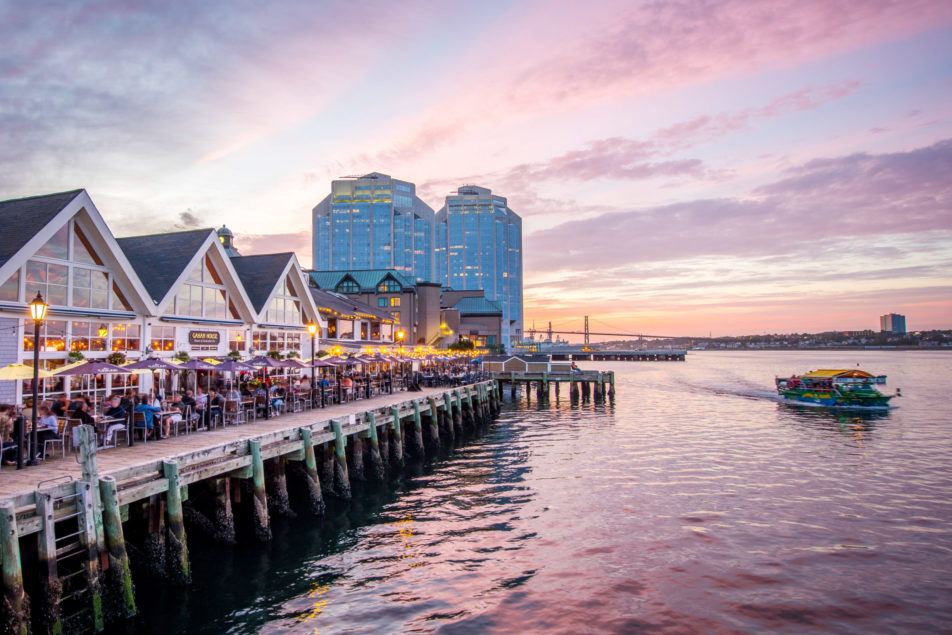 Connecting loved ones with one another, advancing business interests and building relationships, taking a dream vacation, sharing knowledge and ideas.  These are but a few of the connections that are made at the airport. Each connection contributes a story to the very fabric of Halifax Stanfield and shapes its future.

Connecting means the world at Halifax Stanfield, and that’s why it’s the airport’s tagline.

A successful airport is the backbone of business, the heart of a community and the lifeblood of prosperity. Halifax Stanfield is that, and more. It’s one of the most critical pieces of transportation infrastructure in Atlantic Canada. It’s also a special place where many newcomers land to begin a new chapter in their lives.

Halifax Stanfield is located on Canada’s east coast and is the air gateway to Atlantic Canada, providing passengers and cargo carriers access to Canada, the United States, Mexico, the Caribbean Basin, Europe, Asia and the Middle East. Last year, the airport welcomed over four million passengers, and processed over 34,000 tonnes of cargo – both record-setting numbers.

A culture of superior customer service

The airport is well known for its hospitality and customer service, consistently ranking among the best airports in the world, including recognition through Airports Council International’s Airport Service Quality (ASQ) Awards.

The foundation of this approach is The Stanfield Way, a distinctive airport service culture program that celebrates the virtues of being happy, helpful, courteous, caring and kind. This is embodied by the airport’s Tartan Team, volunteer ambassadors who give over 15,000 hours of their time annually to create a warm and welcoming atmosphere and leave visitors with a lasting impression of Nova Scotia’s warm hospitality. Working in concert with the Tartan Team is the St. John Ambulance therapy dog program, with handlers and their canine companions providing comfort and joy to young and old alike.

A recent initiative of Halifax Stanfield is Autism Aviators, a partnership with Autism Nova Scotia, which involves a biennial mock travel day for individuals on the autism spectrum. The program’s goal is to ease the stress of air travel for those with autism and their families.

Airports are emotional places and Halifax Stanfield aspires to make everyone feel welcome, relaxed and safe through its customer-centric initiatives.

Halifax Stanfield has a long-standing history of being an early adopter of technology to improve the passenger experience.

It was the first major airport in Canada to offer free wireless internet services in its terminal building, and the first airport in North America to offer self-serve baggage drop for all passengers. The latter was part of a larger project to upgrade and expand both the domestic/international and U.S. pre-clearance check-in halls, and included the modernization of the baggage handling and screening equipment. Impressively, the fully-automated system cut the average check-in time from about 10 minutes to less than two, allowing passengers more time to shop, read and/or relax.

These improvements were part of the airport’s long-term capital plan to ensure the needs of current and future passengers and visitors along with airline partners are met, while fulfilling Halifax Stanfield’s role as a key driver of economic growth.

And in 2018, a partnership with Halifax Public Libraries led to the introduction of two mobile library kiosks, which allows airport visitors to borrow books using a library card. This offering is the first of its kind at a North American airport.

Halifax Stanfield is committed to providing the very best in facilities and services to its passengers and visitors by employing the latest technology.

As one of the most critical pieces of transportation infrastructure in Atlantic Canada, Halifax Stanfield is entrusted with its growth and development, and accepts this responsibility on behalf of the region with an entrepreneurial spirit.

The airport has grown significantly over the last five years and this is expected to continue as airlines introduce newer generation aircraft into their fleets. Already this year, new services have been introduced to European destinations and Canadian ultra low-cost carriers have included Halifax in their initial route networks.

As the closest continental airport in North America to Europe, Halifax Stanfield is well positioned to evolve into a gateway to and from Canada, complementing existing hubs in eastern Canada by implementing new non-stop flights to Europe, with feed from services in Canada and the United States.

To support this growth, upgrades and enhancements to the airport’s facilities will remain focused on the passenger experience and enhanced efficiency and productivity.

This year’s investments are aimed at enriching the ambience and cleanliness of the terminal building. Construction is underway to create additional space in the pre-board screening area, which in turn will create more room for concessions and passenger comfort and seating in the departures hall. Halifax Stanfield is also modernizing its domestic baggage claim hall, upgrading its parking technology, and expanding self-service check-in availability with kiosks in more locations, including the car rental facility. Work is also underway to better process in-transit passengers, which will streamline international-to-domestic connections.

Showcasing Halifax Stanfield to the world

The airport’s demonstrated commitment to providing an excellent customer experience and its past and continued success with the ASQ program has led to wonderful industry recognition. This includes Halifax Stanfield being selected to host ACI’s inaugural Airport Service Quality Forum and Customer Excellence Global Summit, being held at the new Halifax Convention Centre in September.

Halifax Stanfield looks forward to showcasing the region to officials from the best airports around the globe while providing the opportunity for participants to experience Nova Scotia’s renowned hospitality. Because to Halifax Stanfield, connecting means the world. 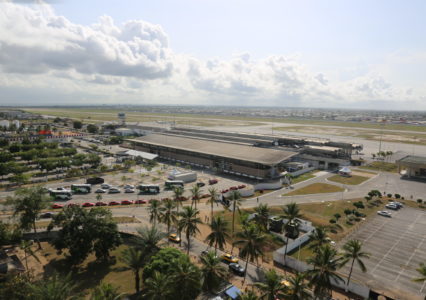