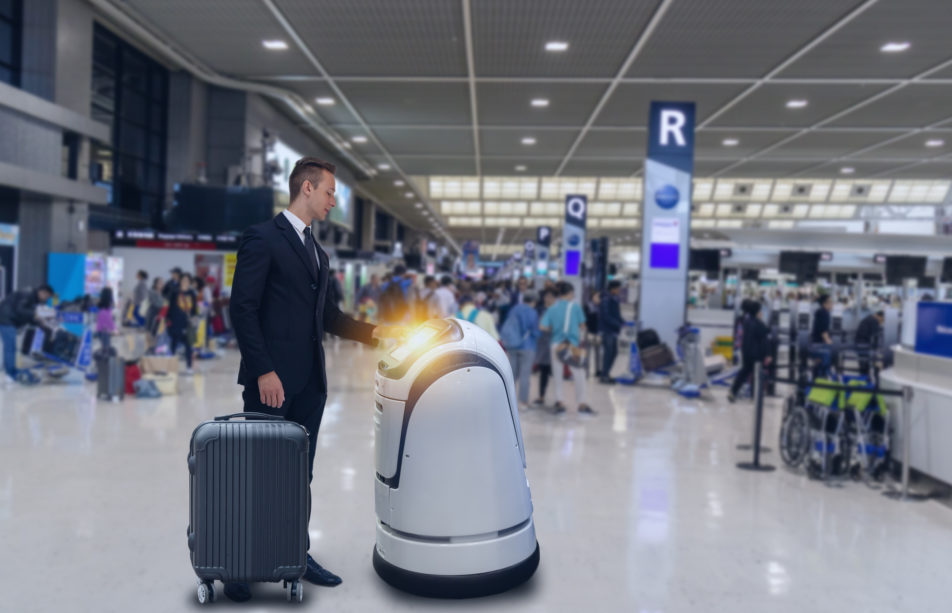 How to Avoid the Chaotic Future of Airport Robotics

By any estimation, the future of smart airports includes significant growth in robotics and intelligent automation. It is predicted that the global airport robotics market will grow by 16.8% annually between 2021 and 2027. The need for robot support has become even clearer in the staff shortages that have emerged across our industry.

Consider that in the next few years we will have a collection of robots performing varying tasks such as cleaning, storage and retrieval, tail-to-tail bag delivery, refueling, autonomous wheelchairs, busses to remote stands, hospitality, or security. However, these robots are not fantastical humanoid machines capable of varied tasks.

In fact, the robots of the future are less exciting, and probably quite dumb: they will be deployed to carry out mundane and repetitive tasks that are fundamental to the smooth operation of an airport. These robots are likely to get lost, get in each other’s way, and get stuck—unless  we can find a way to manage these robots in a coordinated way.

The solution is in software

With the potentially high number of robots roaming our airports, the key question and challenge is: how do we safely and efficiently deploy heterogeneous fleets of robots within highly controlled environments such as airports? The current barrier to having robots everywhere isn’t electronics or mechanics, but rather software—software to coordinate robots, to be more precise.

The industry will need to find ways to:

Approaches that allow for meaningful data exchange between robots with differing capabilities and from different vendors means that we must start thinking about common middleware to manage them.

Middleware tailored to the travel industry

The middleware emerging today looks promising but it would have to be investigated to see if it could form the basis of something tailored to the travel industry. For example, security – both physical and virtual – would need to be closely examined. Airports need to supply geospatial maps securely and easily to devices using an agreed standard (such as the work being done by the ACI World ACRIS working group) and all communications between devices would need to be secure and encrypted.

But whatever the solution, this cannot be done in isolation. SITA believes that we should be addressing these issues with industry partners through the ACI World IT Standing Committee where we can explore the creation of a framework or standard that will become the foundation for robots just like CUPPS, CUTE, and CUSS.

If we have a common framework, the future of airports robotics looks promising. If we don’t get that framework, robots are likely to create more chaos than added value.

Kevin O’Sullivan is a Lead Engineer for SITA Lab, the company’s strategic research and development arm.  Since 2018, Kevin has led research into use of digital twin platforms for situational awareness at airport operational centers.