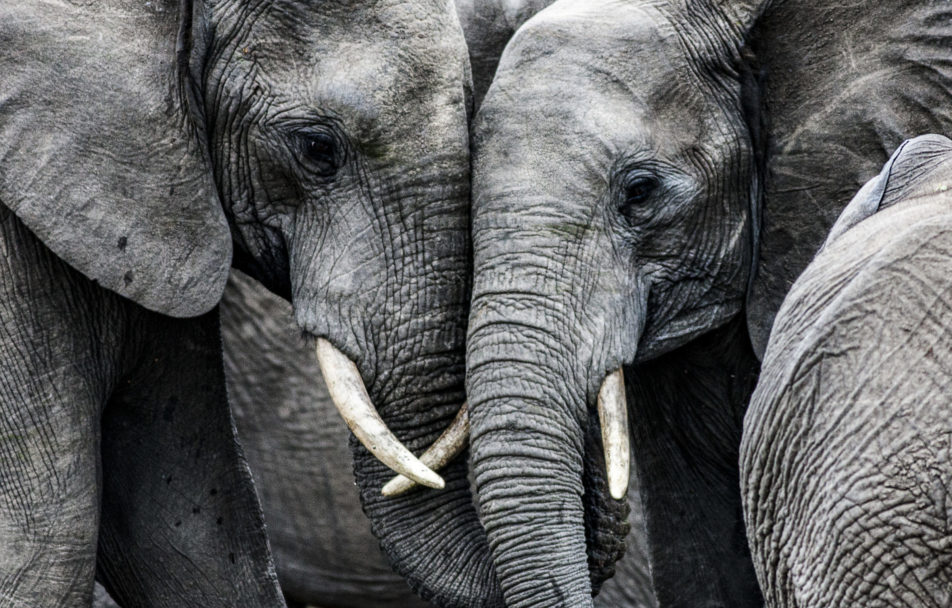 Illegal ivory trade and aviation: Addressing the elephant in the room

Let’s address the elephant in the room. Not the proverbial entity but rather the one embellishing cutlery, piano keys, and the chess sets that fill salons and display cases. The very element that has driven one of the most illicit trades in the world: ivory. The ivory trade is a large aspect of the broader USD7- 23 billion dollar illicit wildlife trade. When one raw kilo is worth $500 to $2,100, the desire traffickers have for this ‘white gold’ is indisputable. The pursuit of the ‘white gold’ eviscerated the elephant population from the tens of millions to a  hundreds of thousands. While the vulnerable status of elephants came about from a variety of factors such as deforestation and conflict with human communities, the demand for ivory has contributed greatly; so much so that the world’s largest land mammal, the symbol of sagacity and strength, buckled under the pressure.

Elephants have filled rooms with their ivory tusks for hundreds of years as trophies, works of art, and symbols of prestige. The tradition of the use of ivory has dated back since the eighth century, as carvings for book covers, ornamental plaques in medieval European churches etc. Most recently however, the global demand for ivory has challenged the efforts to protect the African elephant population. Where populations of elephants once estimated 26 million in the 19th century plunged to 400,000 according to the most recent IUCN/SSC African Elephant Status Report in 2016.

Despite bans on poaching and production of materials from ivory adopted by many countries, ivory poaching has remained pervasive and so persistent that the pressure of the market has begun to alter the very genetic disposition of African elephants: As the remaining survivors of a 15 year conflict that ravaged over 90 percent of the elephant population in the region, many of the oldest elephants of Mozambique’s Gorongosa National Park are tusk-less. The elephants born tuskless, a rare genetic trait, meant they were protected from the high demand for ivory which was sold to finance the war. The pressure produced from the number of tusked elephants killed for their ivory was so disruptive that the following generation of female offspring were born tuskless. The adaptive survival mechanism of tusklessness has spread throughout regions of Africa with histories of substantial poaching and has implications beyond the loss of the iconic characteristic of African elephants.

The cost of a trophy

Briefly, tusks are overgrown front teeth that protrude well beyond the mouth of elephants and are instrumental as tools to dig up roots, overturn trees and bushes and more apparently as a means of defense for these six ton herbivores. Beyond their natural utility, humans have discovered that once tumbled and refined, this durable material could be shaped into tools, jewelry, and hold the right weight to fashion the perfect pitch on the scales of a grand piano. Indulgence in ivory has destabilizing effects on ecological and economic stability in regions of Africa and Asia, ultimately impeding on the quality of already vulnerable populations:

The super gardener: Elephants eat four percent of their body weight in vegetation daily, which produces a ton of manure weekly which fertilizes and propagates forests and savannahs across Africa and Asia. Considering their size, elephants disperse more seeds and species of flora than any other animal; they are mega gardeners and vital to the preservation and growth of natural ecosystems.

Protect the elephant, protect the economy: As iconic features of African ecospheres, the decline in elephant populations results in a decrease in ecotourism which many local, state and indigenous economies rely on for revenue. Travel and tourism in Kenya was reported to support 8.8 percent of its GDP in 2018; it’s the third largest tourism economy in sub-Saharan Africa and relies heavily on the existence of wildlife like elephants to maintain this revenue.

Nuance in the poaching industry

Poaching is the instrumental first step to empower this lucrative industry, and its prevalence is demonstrative of two significant variables which speak to larger issues of human welfare: poverty and corruption. Motions to aid poverty prone regions, while beneficial, can compromise wilderness areas. However, to favor conservation efforts, building nature reserves, for example, would compromise land that could be used for human capacity building activities like agriculture. When the balance is not struck, which can often be the case, wildlife and humans enter conflict.

The eco-tourism approach to capacity building is a model which argues that employment of locals as rangers teaches the value of preserving wildlife, allows animals to roam undisturbed, while also offering a source of income. This model has been demonstrated to most effectively achieve coexistence between humans and wildlife. Yet, while the work opportunities offer stable income, some rangers succumb to the financial gain that the ivory trade tends to promise; and while the illicit wildlife market is worth USD7-23 billion dollars, poachers receive a mere fraction of this and lose far more, be it their freedom or life, if caught. The eco-tourism model while offering great advantages, can be exploited for the proximity to wildlife that poachers can leverage.

Even in light of poachers that slip through the cracks, law enforcement has been effective in cracking down on the issue through wide-spread policy change and bans on importing ivory and other illegally traded wildlife goods.

To zoom out, this is why on World Elephant Day the aviation industry would benefit from looking into the ways in which it is explored by the illegal the ivory trade, among other wildlife trafficking activities.

Air transport is the most efficient means of moving people and trade, making it a constant and natural target for traffickers. There is, however, an opportunity for the air transport industry stakeholders, including airports, airlines, ground handlers, retailers and even the travelling public, to report suspicious behavior. Though they are not enforcement authorities, nor are equipped to address wildlife trafficking like enforcement agencies, they are indeed stepping up to identify opportunities where we can contribute to this fight.

Kenya Airport Authority (KAA), for example, is the first airport operator in Africa to sign onto the Buckingham Palace Declaration. This declaration is a commitment to act against wildlife trafficking; and as signatories, Kenya Airport Authority has taken diligent steps to raise awareness of wildlife trafficking and demonstrate its zero-tolerance attitude toward the illicit trade. Kenya has collaborated with airport operators, airlines and wildlife protection services to launch the “Ivory Trade is a Rip Off” campaign on August 2nd. This campaign called for the listing of the African Elephant in Appendix I of the Convention on International Trade in Endangered Species of Wild Fauna and Flora (CITES). CITES Appendix I includes lists of species afforded varying types of protection from over-exploitation. Inclusion of the African elephant into Appendix I would classify them as being under the threat of extinction, and thus CITES sanctioned prohibition of their international trade. With the support of the Kenya Airport Authority, Kenya Airways, Kenya’s Tourism and Wildlife representatives, Kenya Wildlife Services and UN Environment, Kenya is expected to introduce the campaign at the CITES Conference of Parties (CoP18) in light of the increasingly vulnerable status of African elephants, as a result of poaching.

Eyes of the public

While the issue appears far away, as this article demonstrates, the wellbeing of elephants has implications on the levels of economy, ecology, and even that of industry. Efforts to protect this species can take place in the savannahs and forests as well as in airports. By raising awareness of the issue of wildlife trafficking, ACI and the USAID ROUTES Partnership seek to demonstrate how individuals equipped with the right information can make an impact.

As readers, and as passengers, people should bear in mind a few key points when arriving at an airport, this way intercepting trafficking efforts, not just of ivory but of other wildlife is made possible:

Wildlife trafficking, like ivory poaching, is a complex operation with numerous factors that drive the practice and innumerable consequences of its continuation. They are issues that global citizens have the power to address when equipped with the right tools and information.

Intern, Wildlife Trafficking, ACI World
Meghan works alongside NGO’s, State Departments, US Aid Agencies, and ACI Global Partners to raise awareness about wildlife trafficking throughout the world's airports. A recent graduate from McGill University with a double major in International Development and Anthropology, Meghan has found that her role at ACI marries her passions for policy, conservation, and activism.
See articles
2 articles