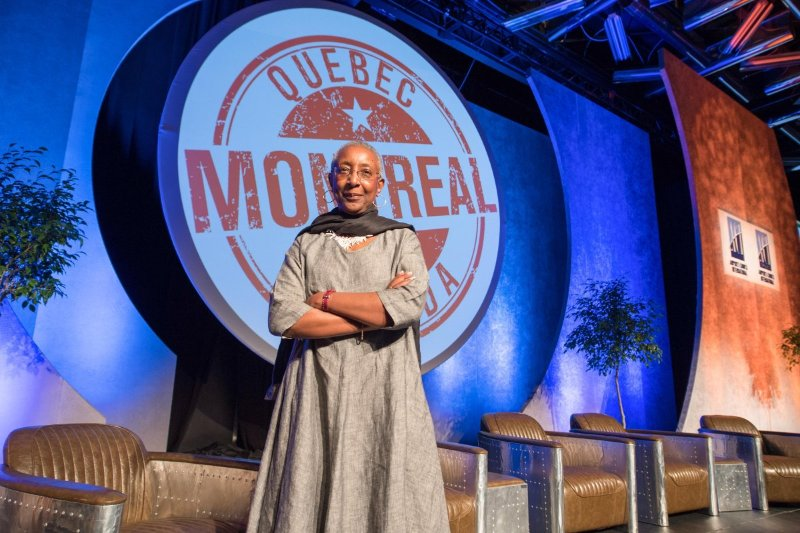 Interview with Angela Gittens on her time at ACI World

by ACI World | May 6, 2020
Angela Gittens Message from the Director General

On 30 June 2020, after 12 years of leading ACI World, Angela Gittens will step down as Director General. Angela discusses her time at ACI to share with our members and readership.

What attracted you the position of ACI World DG?

AG: What attracted me to the position was that it was an opportunity to use everything that I had learned in my professional career. I had already been a World Business Partner and a regular airport Member in three different Regions which gave me a sense of how Members saw value in their trade association. This gave me an insider perspective from a member point of view, and now, an opportunity to be on the other side of things.

The organization has grown considerably from 2008. What was your strategy, or key priorities, for growth coming into the organization? And did they change over your tenure?

AG: I didn’t have an objective of growing the organization. The growth came from what members wanted, and our need to grow revenue so that we could meet those needs.

Even now, as airports and aviation face the challenges of COVID-19, ACI continues to be led by its members’ needs providing valuable relevant data and guidance to help airports survive and recover from the global crisis.

Looking back at the World office, I see two key milestones in our maturation. The first was the relocation to Montreal in 2011, a decision made by World Governing Board and ratified by the World General Assembly in Bermuda in November 2010. The physical proximity with the International Civil Aviation Organization (ICAO) enabled our subject matter experts to have daily contact with counterparts at ICAO. As a result, ICAO learned more about airports, we learned more about ICAO, and we were able to work more systematically with industry colleagues and stakeholders. The result has been more policy decisions that have increased the benefit of aviation to the world’s communities while allowing airports to be more efficient and sustainable.

The other milestone was the launch and success of the Airport Excellence (APEX) in Safety programme, which solidified ACI’s status as a respected solution provider. Not only did the programme help our members, but it also helped ICAO and regulators achieve their goals of raising safety standards worldwide. This was followed by APEX in Security which was developed at the request of both Members and regulators and will likely reach into other important airport disciplines. Prior to the COVID-19 crisis, we were piloting an APEX in Environment programme. We are fortunate that our member airports see it in their enlightened self-interest to help each other achieve high standards of performance so we have been able to call upon them to lend us their talented subject matter experts to augment the efforts of ACI staff.

How has the relationship between World and Regions evolved since 2008?

AG: There used to be a certain tension over respective authority and roles between World and Regions. As a federated organization, different from the structures of ICAO, IATA and other industry associations, there can be confusion at times which can lead to misalignment. The World Board, which is constituted of Regions, clarified the respective roles and responsibilities in 2009 and recognized that close communication and collaboration were necessary to best serve the Membership. Just as no two airports are alike, no two Regions are alike and we, World and Regions, have to be agile enough to bring value to the membership. Whether a programme or service is provided by the World office or a Regional office, we are all working for the same people. As long as everyone sees it that way, the occasional issues that naturally arise can be dealt with.

Our relationship will continue to evolve. COVID-19 is going to make some big changes I would imagine, possibly in our structure or in our relationship. Resources will be scarcer, and our members will need us more than ever. Collaboration will be our strength.

What have been the biggest changes in the organization and in the aviation industry during your time at ACI?

AG: What we’ve seen is an evolution of airport management from seeing themselves as being mere providers of infrastructure to businesses in their own right. As such, airports focus on measuring their performance, pursue a customer-centric strategy, seek data to inform their decision-making, assess the return on their investments and look to gain competitive advantage to attract air service for their communities. As well, the growth in demand, particularly in developing nations, has generated the need for attracting and developing talent for the airport sector. All of these interests create demand for the kind of services and programmes that a trade association provides.

We often speak about the challenges of being a woman in a male dominated industry but in your opinion, what have been the advantages of being a female CEO?

AG: The modern airport is well suited for what may be considered female traits, including interpersonal management, multitasking, suppressing one’s ego to achieve the common good, and the willingness to appreciate the interests of others. These are all useful traits in an environment where multiple businesses work on the same platform, having their own authority and business models where the airport operator’s success is dependent on their performance but has limited technical authority over their employees.

Have you had any mentors and how have they shaped your leadership at ACI?

AG: I’ve been very fortunate to have mentors. On the aviation side my mentor was my first boss who took a chance on me. I thought for sure I had failed the first interview, but I was called in for a second.

At the time he was having challenges with his top management who were not well aligning their teams with wider changes at the airport because they didn’t want to be unpopular with their staff – this was happening during deregulation in the industry which was creating the need for changes in the airport’s business model. Again, going from being an infrastructure provider to a business in its own right. So, during the second interview, he asked me what I would do if my staff didn’t like me to which I asked a clarifying question to mean how they would manifest that. What I asked was: how would I know? He took that to mean why would I care. And he figured this is what he was looking for – a change agent that was willing to be unpopular if necessary. We laughed about it later and he taught me a lot about the business and about leadership.

What has been the most gratifying aspect of leading ACI and what have been some of the challenges?

AG: The most gratifying aspect is where we have come in terms of serving our members. Both on the advocacy side as well as in the promotion of airport excellence. I’ve been very proud of the kind of organization we’ve become, at World and Regional levels. We have been able to attract very talented and conscientious people to work for us which is really showing as they are functioning so effectively under the very difficult circumstances in which we find ourselves now.

Some of the challenges of course have been resources. Of course, this is going to be an even bigger challenge going forward, for another couple of years at least. I’m sorry to leave my successor in such a situation, but I know he will bring the kind of collaborative, win-win approach to problem-solving that will be necessary during the crisis and which fits so well in the airport environment.

Speaking of Luis Felipe de Oliveira, any words of advice?

AG: What I told him is that you really need to pay attention to the fact that this is a federated organization. It’s different from all the other trade organizations and from ICAO. “Region” doesn’t mean the same thing as it does at ICAO or IATA and to always have that in mind.

You are invited to speak at several events each year. Will you still be active, or be a public figure, in the industry?

AG: I will be somewhat active, low profile and very part time. 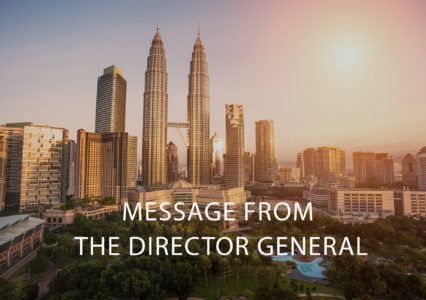 Airport economics and finance at the crossroads

by Angela Gittens | Jan 15, 2020
As a new decade begins, we and our member airports from all regions are excited about the future of aviation...
Read more 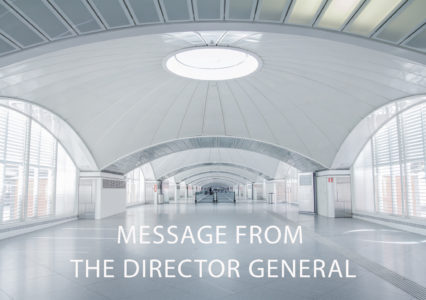 Designing the future of airport security

by Angela Gittens | Mar 2, 2020
Since it was launched in 2014, Smart Security has had the vision of passengers proceeding through security checkpoints with minimal...
Read more 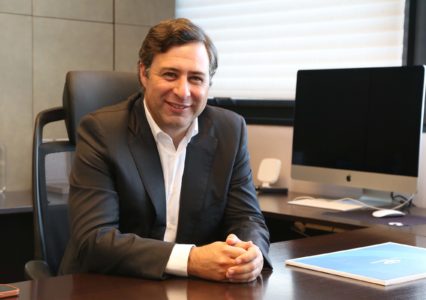 by Sabrina Guerrieri | Dec 21, 2021
On 31 December 2021, after three years of leading the ACI World Governing Board (WGB), Martin Eurnekian will step down...
Read more
Share This