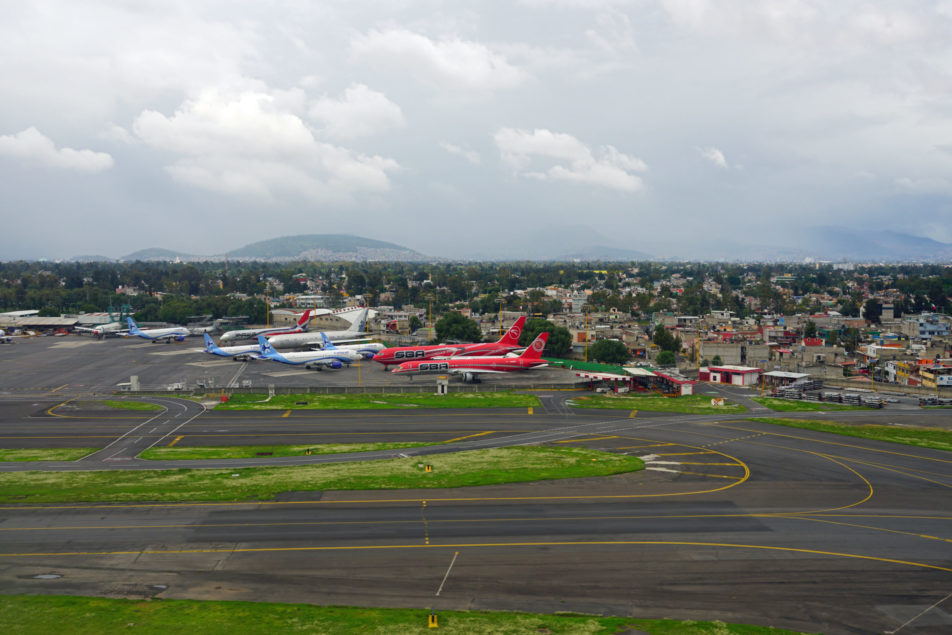 The Latin America-Caribbean region experienced a slight economic recovery in 2017 after several years of weak performance. With a mixed economic landscape across the major economies, growth patterns in passenger traffic also reflect ongoing heterogeneity. Air travel growth in the Latin America-Caribbean region in 2017 remained relatively moderate for its ensemble of emerging economies. Year-over-year passenger traffic growth for the region was 4%, slightly lower than its 5.2% average annual growth rate from 2000 to 2017 (see Chart 1).

Brazil, the region’s largest economy, rose out of a two-year recession in 2017, although economic growth remained subdued at 1%. Boasting the fifth-largest domestic market in the world, Brazil saw overall passenger traffic increase 2.1%. Incumbent airlines such as Azul and Gol are major players in the market.

Mexico, the region’s second-largest economy, continues to maintain stronger economic fundamentals year after year, recording 2% growth in 2017. At the same time, downside risks remain present, such as the outcomes of renegotiating the North American Free Trade Agreement (NAFTA) with the US and the possible adverse impacts this would have on trade flows. Paradoxically, passenger traffic, tourism and trade flourished in 2017 between Mexico, the US and Canada. Traffic between airport pairs such as Los Angeles (LAX)–Mexico City-Benito Juarez (MEX) and New York-John F. Kennedy (JFK)–Mexico City-Benito Juarez (MEX) experienced growth of over 20%. Similarly, routes between Cancun and other North American destinations also experienced high growth rates. Finally, the domestic Cancun (CUN)–Mexico City-Benito Juarez (MEX) route saw high traffic volume and growth of more than 20%. Three Latin American airlines — Copa Airlines, InterJet and Aeromexico — account for a high proportion of all traffic in Central America and the Caribbean basin. LATAM, which was born from a merger between LAN Airlines and TAM Airlines, has become the largest airline operating in South America. In its consolidation efforts, the newly formed airline has focussed its operations in six major Latin American country markets. It is placing special emphasis on domestic operations.

Colombia continues to gain momentum after the recovery in commodity prices. At the same time, in 2017, the country’s aviation market experienced a 1.3% contraction in passenger traffic. Avianca, a Colombian airline which accounts for a significant portion of Colombia’s domestic market, had a prolonged pilot strike which resulted in thousands of flight cancellations at the country’s airports in 2017. Argentina remains on a volatile growth path, various economic reforms having been enacted in coordination with the International Monetary Fund. After experiencing growth of about 3% in 2017, Argentina’s economy is expected to slow with ongoing fiscal consolidation. Nevertheless, aviation has shown no signs of slowing down. Having achieved 13.9% year-over-year growth in 2017, Argentine airports are the fastest-growing airports in South America for passenger traffic.

Even though the region is in recovery mode, the results of pending elections in many of these economies throughout 2018, coupled with the future course of trade policies vis- à‑vis the US, leave the spectre of uncertainty over the region.

South America is on the path to recovery after a period of economic weakness in 2016, especially at Brazilian airports, which saw an aggregate 3.7% drop in passenger traffic. The demographic muscle of countries such as Brazil and Colombia allowed the region’s air transport demand to grow quickly over a decade irrespective of exogenous shocks. During the period from 2000 to 2017, countries in South America experienced 5.9% average annual passenger traffic growth. Central America also saw a pronounced rise in growth rates, spurred mainly by the buoyant Mexican aviation market. Central American airports grew 8% in 2017 and achieved 5.3% average annual growth from 2000 to 2017.

Among other factors, an aggressive hurricane season in the Caribbean left the region with mixed results for 2017. Certain islands, such as Puerto Rico, Sint Maarten and Tortola bore the brunt of the season’s impacts. In September 2017, the drop in traffic was particularly significant (-34%) because of two category 5 hurricanes (Irma, 5 to 9 September; Maria, 18 to 20 September). The hurricanes’ contribution to the 34% drop is estimated to reach at least 15%. In other words, if these two hurricanes had not occurred, the September 2017 drop (original series) would have been closer to 20% (the difference between 34% and 15%), which is in line with prior years. Chart 3 presents the evolution of monthly passenger traffic for Caribbean airports and for the state of Florida.

A broader view of the intra-Caribbean Community and Common Market (CARICOM) countries shows that the region has suffered from weak growth over the long term. Fierce competition among islands for incoming tourists from international locations and poor connectivity among islands in the Caribbean region, partly caused by the extremely high taxes that various island nations levy on intra-Caribbean air fares, have contributed to this. From 2000 to 2017, the Caribbean market experienced limited passenger-traffic growth of 1.4% per annum, but there were some bright spots in 2017. In terms of year-over-year growth, Cuba is not only the fastest-growing market in the Caribbean region but also is among the fastest-growing in the entire Latin America-Caribbean region. Passenger traffic at the José Martí International Airport in Havana grew 22.7% in 2017 alone. The US Department of Treasury’s Office of Foreign Assets Control issued general licenses for 12 categories of travel to Cuba from the United States, which undoubtedly contributed to this growth. The Dominican Republic, the largest aviation market in the Caribbean, grew a moderate 4.1%. On the other hand, Puerto Rico, the second-largest market for US travellers, saw a decline of 7.4%, due in large part to the destruction caused by Hurricane Maria.

Although the recovery dynamics in the Latin America-Caribbean region had begun to take hold hold by June 2018, the growth outlook for the second half of the year remains moderate. The year’s first half saw the region’s passenger traffic grow 4.4%, with year-over-year growth for the month of June temporarily slowing to 2.7%.

Brazil, the region’s largest air transport market, is slowly emerging from a recession and its GDP is projected to grow 2% in 2018. Passenger traffic has risen in tandem with this recovery. While the major commercial airports achieved collective growth of 2.8% in the first half, São Paulo–Guarulhos (GRU), Brazil’s busiest airport, saw its passenger traffic jump 12.4% for the period.

Mexico has mainly remained shielded from the region’s past economic woes, its passenger traffic growing 8.6% in 2017 and maintaining a robust 8.3% growth rate in the first half of 2018. With projected 2.3% GDP growth for 2018 despite challenges related to trade with the US, Mexico’s outlook for the rest of the year remains largely positive. Mexico City (MEX), the first airport in Latin America-Caribbean to surpass the 40 million passengers per annum threshold, saw passenger traffic grow 5.7% in the first half. Volaris, a Mexican low-cost carrier, capitalized on its Guadalajara-Miami connection in 2017 and traffic at Guadalajara (GDL) soared to 14.8% in the first six months of 2018.

Despite relatively sound macroeconomic fundamentals underpinned by higher oil prices, Colombia’s air transport market has grown only tepidly in 2018. A strike in late 2017 by the pilots of Avianca, the country’s largest airline, impacted the nation’s air transport industry. The seven-week strike culminated in the firing of nearly 100 pilots, constraining aircraft movements in the country. Colombia’s passenger traffic fell 0.8% in the first half of 2018.

Argentina’s aviation sector has continued growing in 2018 despite significant inflationary pressures and a weakened peso, its passenger traffic increasing 8% in the first half. Traffic at the Buenos Aires area airports did not grow as strongly as did the country’s passenger market overall; however, Jorge Newberry (AEP) and Ezeiza (EZE) airports posted 2.4% and 6.2% increases, respectively.

Peru and Chile recorded strong traffic growth in the first half of 2018, seeing passenger traffic increase 10.5% and 11%, respectively. The two countries’ main hub airports, Lima (LIM) and Santiago (SCL), performed likewise during the period in achieving 9.9% and 10.4% passenger-traffic growth, respectively.