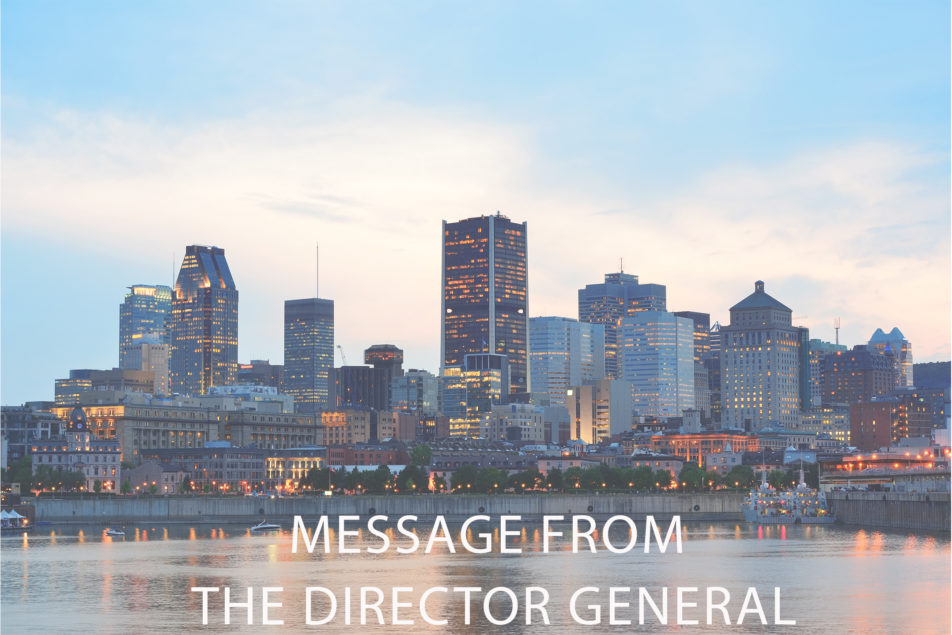 Looking back: A brief history of ACI

With the passing of the second Director General of ACI World, Jonathan Howe, it seems appropriate to recount some of history of the founding and early years of Airports Council International. Jonathan served from 1997 to 2002.

Throughout its history, ACI has worked hard to amplify the voice of the world’s airports on the global stage, to advocate for their interests, and provide guidance and assistance on airport best practices.

The value of a single, unified voice has never been more apparent as the industry responds to the current COVID-19 pandemic. It is a manifestation of why the global aviation industry was calling for the establishment of one organization to represent airports three decades ago.

Another organization that played an integral role for airports was the Airport Associations Coordinating Council (AACC) which was established in 1970 to represent airports in international matters with worldwide aviation organizations, particularly with ICAO, IATA and IFALPA.

To streamline activities, avoid duplication, and maximize the use of scarce resources, a merger was proposed which would draw on the AACC staff and resources in Geneva as the nucleus of a new secretariat. This created Airports Council International in 1991 and it has been the only global voice of the world’s airports ever since.

Since its birth, ACI has sought to advance the collective interests of, and act as the voice of, the world’s airports and the communities they serve and to promote airport professional excellence in airport management and operations.

At the inaugural ACI General Assembly in New Orleans, delegates elected a new Governing Board, chaired by Lim Hock San (Singapore). The first ACI Director General was Oris Dunham, former CEO of major airports in the United States, who served the organization from 1991-1997.

Upon the establishment of this new organization, the Executive Secretary of AACC, Dr. Alexander Strahl, then became Secretary General of ACI to provide continuity of leadership on the world stage until his retirement in December 2003.

Activities in the other regions were run from ACI headquarters in Geneva, until new regional offices were established in Cairo, New Delhi, Caracas, and Honolulu. Once established, these regional offices continued to receive a great deal of direction from the ACI HQ until gradually becoming autonomous. In 2006, the ACI Asia and ACI Pacific regions were transitionally merged and centrally managed in Hong Kong. The Regional Offices in Africa and Latin America have also moved around according to changing priorities until settling to where they are now: Casablanca and Panama City respectively.

ACI’s founders also had the wisdom to establish Standing Committees, to convene the subject matter experts from around the world to tackle contemporary problems and to anticipate new ones. Initially, five standing committees (economics, environment, facilitation/services, security, and safety/technical) were set up to monitor and advance industry developments and their implications for airports, and to help shape collective airport policies. In 2009 the World Governing Board established Information Technology as its sixth Standing Committee.

Building a solid foundation with ICAO and the aviation industry

From our beginnings at the World level, ACI systematically ratcheted up its engagement with ICAO, starting with a part-time consultant, Rod Heitmeyer, who alerted the Board to the need to react to new initiatives; to a full-time employee at the liaison office with ICAO in Montreal, the late Anne McGinley, the former ICAO Representative from Ireland, who gained ACI Observer status at ICAO.

And then, to the relocation of ACI World to Montreal in 2011, where ACI’s subject matter experts were able to regularly react to initiatives at the earliest point and to start to drive the agenda by proposing areas where ICAO needed to change the regulatory framework in which airports operated.

The increased effectiveness of ACI’s advocacy and development of products and services catapulted ACI into the status of solution provider, and truly brought ACI to the inside of ICAO at the Secretariat as well as at the political level with ICAO Council members who represented the interests of their States.

We do not take this status for granted: our subject matter experts, staff and from the membership continue to work hard at ground level, on working groups, Panels, Committees and in the Air Navigation Commission. We participate in the Committee on Aviation Environmental Protection (CAEP) and have successfully championed attention on the critical environmental issues which airports uniquely understand; and, most recently, have ensured that ICAO was supportive of the agreement of a new governance structure for the Worldwide Slot Guidelines.

ACI also forged relationships with airport-related companies and suppliers, first through the Regional Associate Program and then the World Business Partners programmes both established in 1983, the latter still thriving today.

During the tenure of ACI World’s third Director General, Robert J. Aaronson, (2002-2008), it became clear that the airport industry needed a broad-ranging training programme to assist airport management successions and to strengthen professionalism and effectiveness of staff.

Accordingly, ACI launched the Global Training initiative in X2004 that included the Airport Executive Leadership Programme, the establishment of learning centres in all regions, and a catalogue of e-learning options. Through an innovative partnership worked out with ICAO, the Airport Management Professional Accreditation Programme (AMPAP) was established in 2006.

The success of this effort led to the creation in 2012 of the ACI Developing Nations Airports Assistance Programme (ACI-DNA) to supplement the activities of the ACI Fund established in 1993. Both initiatives help finance training and other capacity-building assistance for airports in developing countries.

Responding to the increasing commercial focus of the airports industry, in 2007 ACI offered tools to members to measure and improve their delivery of customer service excellence. In addition to the original Departures Survey, the Airport Service Quality (ASQ) programme now offers a suite of solutions, including a Customer Experience Accreditation service which supports airports’ efforts to firmly embed customer service delivery expertise in their institutions at a strategic as well as tactical level.

In 2011, ACI launched the Airport Excellence (APEX) in Safety programme, which directly contributed to airport safety, deploying the community of airports to conduct peer reviews in every Region of the World. The programme conducted its 100th Review in 2019 and has expanded to include APEX in Security and soon, APEX in Environment.

As the green movement became a major political and social force; airports sought to strengthen leadership from ACI. ACI became one of the major contributors to the industry-wide Air Transport Action Group (ATAG), leading joint efforts across industry lines including in the global fight against climate change.  ATAG also works to promote the benefits that aviation can bring to all States, including developing countries, by helping to mobilize their economies.

A monthly Worldwide Airport Traffic Data Collection was set up, as well as the publication of the ACI Policy Handbook, the World Membership Directory (updated every two years) and a series of guidance material in the form of reports, manuals, handbooks, and policy briefs.

The ACI Roundup newsletter, later renamed ACI World Report, and in 2019 revamped as the ACI Insights Blog continues to keep its members and the travelling public informed. In addition, conferences and events are held throughout the year.

Today onto tomorrow : What the future holds

Since my own tenure from 2008 – 2020, I have been privileged to lead the growth of ACI and the strengthening of its commitment to its mission and priorities. Today ACI boasts 668 members, operating 1979 airports in 176 countries (as of January 2020).

We are deeply grateful to each of our members who lend us the time and talent of their subject matter experts and to the ACI World Board that continues to provide wise strategic direction and leadership in the interests of the airports and the communities they serve.

This is particularly the case amid the current global health crisis which is having an unprecedented adverse impact on the economy of those communities as well as the very survival of aviation. We seek to gain relief for airports that are bearing a great deal of the impact of the COVID-19 pandemic as borders close and travel restrictions are set. Airport costs are largely fixed or semi-fixed so the opportunity for significant cost savings in the face of sharply reduced traffic is limited. The world’s communities will depend on the recovery of the connectivity that aviation provides and will need the survival of airports. 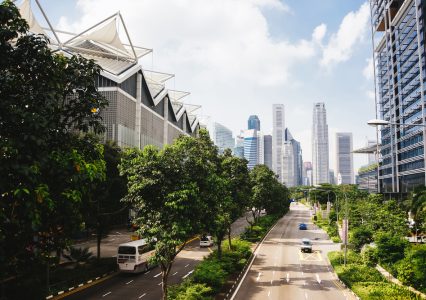 ACI World Airport Sustainability: Looking Back on 2022 and Onwards to 2050

by Jennifer Desharnais | Dec 14, 2022
A busy year in the sustainability agenda During this last year, the aviation industry has continued its fight against climate...
Read more 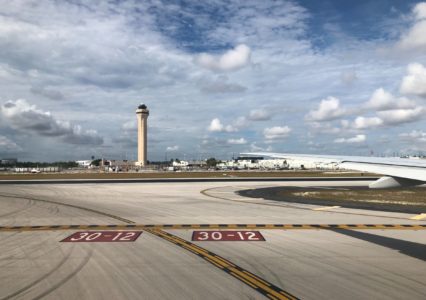 ACI World Chair: Navigating the most challenging year in the history of our industry

by Martin Eurnekian | May 31, 2021
As ACI World publishes its 2020 Annual Report, recounting the work of the organization in supporting its members during the...
Read more
Share This