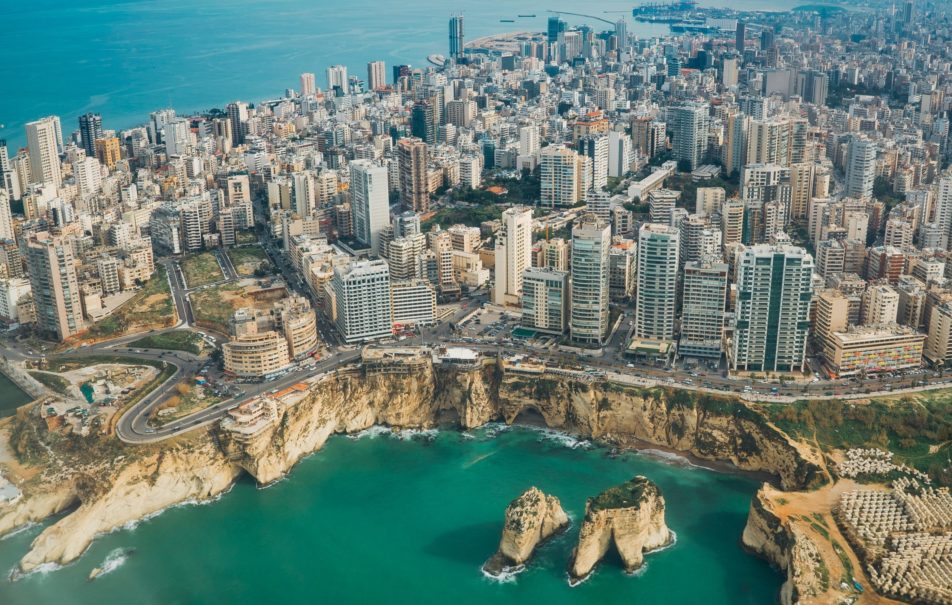 Looking back at passenger traffic in 2017

Continued tensions, geopolitical concerns and trade embargoes negatively affected the Middle East in 2017. In the short term, temporary bans on carrying large electronic devices on board, as well as US travel restrictions, undoubtedly shook passenger flows from certain Middle Eastern countries on market segments to and from North America. Moreover, the diplomatic dispute and blockade between Qatar and neighbouring countries, Saudi Arabia, United Arab Emirates (UAE), Bahrain and Egypt, resulted in a decline in traffic in key markets. The blockade, which became effective in June 2017, resulted in an immediate closure of those four countries’ airspace to all Qatar-registered aircraft. Qatar Airways, Qatar’s flag carrier and the airline most affected by the blockade, immediately lost its two biggest markets, UAE and Saudi Arabia, but it was quick to adapt by launching new routes to other markets such as Oman. Nevertheless, Qatar’s passenger traffic declined 5.4% in 2017. On the other hand, Muscat (MCT), Oman’s capital airport, saw its traffic increase 16.9%. Other major markets not involved in the blockade saw traffic jump, due in part to a reshuffling of routes and destination switching. Airports in Kuwait and Israel respectively saw passenger traffic leap 16.8% and 14.6%.

The rise in oil prices has meant an improvement in economic conditions in many major markets, especially in the economies of the Middle East. However, oil prices are a double-edged sword for the aviation sector. On the one hand, those economies heavily dependent on the production and export of oil as a source of national income experience economic weakening as a result of a drop in prices and that in turn adversely affects the labour markets and air transport demand in other sectors. On the other hand, a prolonged drop in oil prices tends to put downward pressure on air transport fares, given that it is such a significant component of air carriers’ operating expenses. This acts to stimulate demand.

Despite increases in oil prices, Iran remains at a standstill with the US with respect to imposed sanctions. Nevertheless, after a lackluster year for aviation in the Middle East, the country posted one of the strongest gains in passenger numbers among the major aviation markets in the region. With a population of over 80 million, Iran’s domestic market, which makes up as much 80% of the nation’s total traffic, thrived in 2017. The nation’s total passenger traffic grew 8.7% in 2017.

Economies such as the UAE and Saudi Arabia continue to diversify beyond oil in order to stimulate investment in other sectors. Air transport is one such sector, particularly since the two countries are the largest aviation markets in the region. While the UAE as a whole experienced modest 3.3% growth in passenger traffic in 2017, Saudi Arabia achieved much stronger year-over-year growth of 8% and all its major airports experienced important increases. Jeddah (JED), the capital’s airport and the busiest in Saudi Arabia, grew 9.1%. Since Jeddah is the principal gateway to Mecca and Medina, two of the holiest cities in Islam, key routes to other Muslim destinations—most notably Karachi, Jakarta and Lahore—continue to flourish.

Because of the tumultuous times the Middle East has recently experienced, the region witnessed much more modest growth in 2017 than it did throughout the past two decades. In 2017, growth varied in different countries in the region. The net effect for Middle Eastern passenger traffic was 5.8% growth over 2016. From 2000 to 2017, the region achieved overall average annual growth rates of 8.6% for passenger traffic. Thus 2017 represented a below-average year for the region (see Chart 1).

Even with the economic difficulties and disputes that the Middle East region faced in 2017 and into 2018, aviation stakeholders in Middle Eastern countries have capitalized on the strategic locations of their major airports as points of connectivity for medium-haul and long-haul flights. The UAE stands out as a market that has embraced aviation as a sunrise industry on all fronts. From a historical perspective, it is among the world’s fastest-growing nations in terms of air transport demand because its geographic location is ideal for connecting intercontinental traffic flows. Emirates Airlines, the long-haul carrier of the Emirate of Dubai, has also capitalized on Dubai’s negotiated fifth-freedom rights to expand its operations quickly. Since 2000, the UAE has experienced a 12.1% average passenger-traffic growth rate per annum, while the rest of the Middle East’s airports have achieved an average traffic growth rate of 7.2% (see chart 2).
C

The Middle East was at the focal point of many geopolitical events in 2017. The Qatar diplomatic crisis, which blocked its air travel and commerce with neighbouring states, left a cloud of uncertainty over the market. After strong traffic growth in previous years, the region started showing early signs of a market slowdown in 2017, as air cargo traffic growth at certain Middle Eastern hubs fell. The UAE saw air cargo growth slow, although growth ranged from sharp declines to moderate increases at different airports in the UAE. Conversely, Doha-based Qatar Airways Cargo, Qatar’s main air freight carrier, successfully opened a number of new markets. This carrier has leapt to become the third busiest cargo airline in the world in terms of freight tonne kilometres flown. Doha (DOH), Qatar’s main hub, saw its cargo volume jump 15.0% in 2017. Despite the short-term changes and events that have affected the Middle Eastern air cargo hubs, their geographic location permits them to capitalize on multimodal transport to offer significant integrated sea-and-air solutions. Freight arrives by ship via the Arabian Sea from South Asia and is re-exported by air to areas such as Europe. Growth in volumes on European trade lanes to and from the Middle East continued to flourish in 2017, growing by double digit percentages. Handling over 9.3 million metric tonnes, Middle Eastern airports achieved a 5.9% cargo volume increase over the previous year. Chart 3 shows that the region attained a compounded annual cargo-traffic growth rate of 6.7% from 2000 to 2017. C

The repercussions from the ongoing political strife among states in the Gulf Cooperation Council (GCC) have taken their toll on the Middle Eastern aviation market. Even though several of the world’s major international connecting hubs are located in the region, some of them have seen their passenger traffic contract. The travel bans and trade blockades resulting from the diplomatic crisis between Qatar and other Middle Eastern countries have acted to dampen the region’s previous robust traffic growth. The region as a whole saw passenger traffic inch up by 0.7% for the first half of 2018. The United Arab Emirates’ (UAE) passenger traffic fell 1.2% during that period, after growing 3.3% in 2017. After years of double-digit percentage traffic growth, Dubai, the region’s busiest airport and the world’s busiest for international traffic, grew by a slim 1.6% in the first half; and traffic at its sister airport, Abu Dhabi (AUH), fell 10.3%.

Doha (DOH), the Qatari hub that is home to Qatar Airways, has suffered the brunt of the damage caused by the geopolitical dynamics at play in the region. After its traffic fell 5.4% in 2017, it is continuing to lose traffic in 2018, seeing another 11.4% decline in the year’s first half.

Saudi Arabia, which recently began implementing economic sanctions on Western countries such as Germany and Canada as a result of diplomatic tensions, has fared better than several of its regional counterparts. The country’s passenger traffic grew by a robust 7.4% in the first half of 2018, though a slowdown now seems underway.

Israel, currently positioned away from most Middle Eastern political strife, also performed well in the first half of 2018, its passenger traffic growing 12.1% for the period. Tel Aviv airport (TLV) fueled most of this growth, its traffic increasing 15.8% in 2017 and another 13.1% for 2018’s first six months.

Although the Middle Eastern region is home to several of the world’s largest freight hubs, it saw its overall air cargo volumes remain almost flat for the first half of 2018. There is no question that the Middle Eastern freight market is suffering from the region’s current political climate. At the same time, volume growth in the region is largely heterogeneous at the individual-airport level. Even though the region’s main staple, oil, is in recovery mode as prices rise, ongoing geopolitical concerns have eclipsed oil’s advance. Mired in political discord and instability, the GCC remains in a fragile state and future trade relationships remain uncertain. 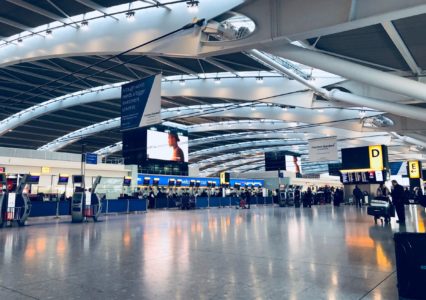 by Michaël Simard | Oct 1, 2017
Despite the escalating preoccupations regarding the rise of economic protectionism in advanced economies, the first half of 2017 saw robust...
Read more 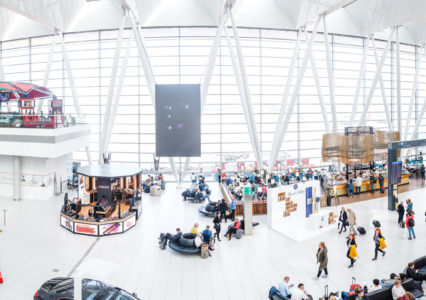