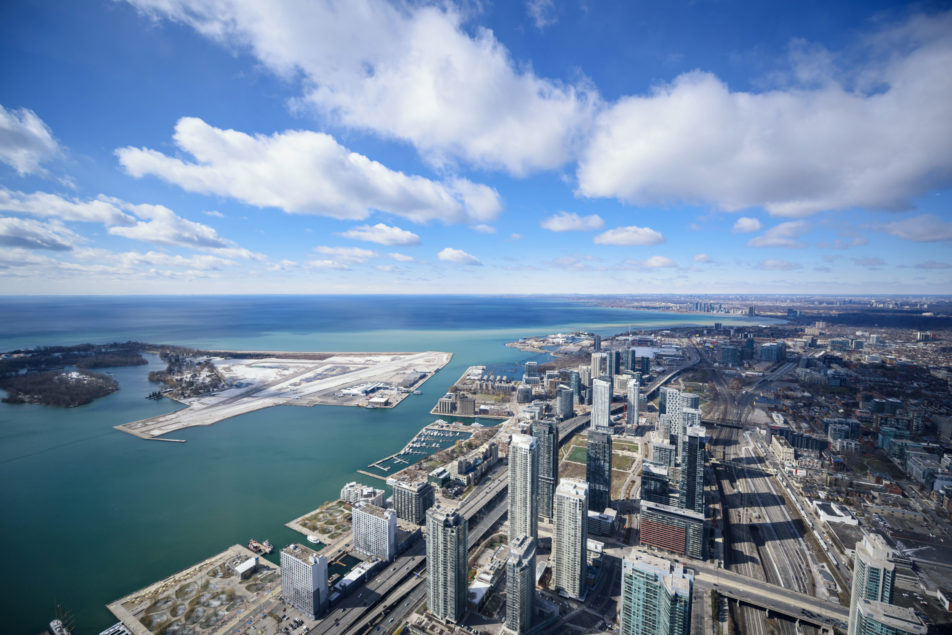 Success after setbacks, the show must go on 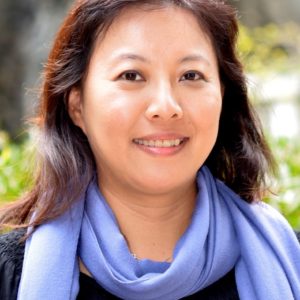 As demand for air services grows and airports around the world strive to improve efficiency, how airports handle and maneuver their way through extraordinary circumstances to maintain operations or recover quickly from disruption has become a crucial concern.

During a key session at the ACI Customer Experience Global Summit, delegates gained insights from three particular airports and how they uniquely dealt with setbacks.

ACI World Deputy Director General Antoine Rostworowski moderated the session on airports coping with disruptions and unforeseen circumstances.  He noted that disruptions today are a norm.  In response to this, ACI recently launched the Airport Business Continuity Management Handbook, with a view to help airport authorities (operators and/ or owners) have robust business continuity management plans for when disruptions arise.

The handbook provides guidance on necessary plans for coping with disruptions and steps that can be taken to resume some sense of normalcy in airport operations. The handbook also provides readers with real examples and case studies on how other airports have coped.

Speakers from Fort McMurray Airport Authority, Cochin International Airport and the Greater Toronto Airports Authority shared riveting stories of how they faced adversity in some extreme circumstances and how they pulled through to ensure passenger safety and onward passage in their respective journeys.

The making of a great comeback story

Situated in the northeastern part of Alberta, Canada, Fort McMurray International Airport is the gateway to the north and Canada’s oil sands. President and Chief Executive Officer of the Fort McMurray Airport Authority, RJ Steenstra shared a stirring account of how the airport faced tremendous challenges but came back stronger than ever.

He highlighted how comeback stories always “inspire, believe, challenge, defy, reject and overcome… but what defines us is our response.”  What happened at Fort McMurray is “not a story of getting knocked down, it’s a story of getting up”.

Several years ago, capital investment was at a decline and passenger traffic was down 55%.  As if that wasn’t bad enough, the wildfires of 2016 disrupted airport operations, rendering 88,000 people evacuated, no commercial aircraft for 39 days, and an overall economic impact at $9.9 billion. To add salt to the wound, the airport was hit with a cyber attack in 2017.  Fort McMurray was faced with adapting to a ‘new normal’ knowing full well that changes they were facing were not going to be easy.  Steenstra knew they were at a crucial juncture of Transformation. Fort McMurray needed to “rejuvenate culture, [go] back to basics, and that change [needed] to begin at the top.” They needed to get the right leaders in the right roles.

Steenstra went on to describe how that period of Transformation being driven by 3 guiding principles:

Fort McMurray leadership stepped up Communication efforts with staff – Team YMM – recognizing that they needed to “do it, and do it often; [that] words matter.”

Team YMM also celebrated sharing meals, even growing a meal, and appreciating the power of laughter and having fun together.

Steenstra also emphasized the importance of appreciation, firstly taking care of the team so that they, in turn, would take care of their customers. Leadership recognized how morale is boosted when staff are taken care of. The appreciation was not only inward but gratitude was also extended to customers through a specific YMM Thank You Campaign, making guests feel a part of Fort McMurray’s comeback story.

Lastly, Steenstra noted how the airport’s investment in the ASQ programme also lifted the spirits of the airport community, punctuating the great comeback story of Fort McMurray.

Abraham Joseph, Assistant General Manager of Operations, candidly told the story of how the airport and its surrounding districts were devastated by the uncharacteristically high rainfall that monsoon season, which led to the flood of the century in August 2018.  The damage was staggering.  Twelve out of 14 districts in the southwestern state in India were affected, with 1.4 million people displaced, 483 casualties and scores more missing. Asia’s largest arch-dam, Idukki, had to open all its shutters. Loss was estimated at $5.8 billion.

By 15 August, Cochin was ravaged. The runway, taxiways, aprons and virtually all of the airside were flooded for five days. Up to two feet of slush and mud had accumulated with drains blocked by debris. The damage to facilities was widespread, including airside markings, signage, aerobridges, landing systems airfield ground lighting. Even the fire station was under six feet of water, damaging its equipment and supplies.  The airport’s compound wall had collapsed, damaging perimeter roads and downing lighting poles. Inside the terminal, the damage was equally staggering. Baggage carousels, check-in conveyors, etc., were all affected. Lifts and escalator pits were flooded, merchandise in duty free shops were damaged.

As the world’s first fully solar-powered airport, Cochin’s solar substation, control room, invertors and solar panels were all damaged.  Operational loss at the airport was from 15 to 28 August and financial loss counted at $30.14 million.

The recovery process finally began five days later. Joseph commended and appreciated the tireless efforts of Cochin staff and the 1,200 external labourers who were onsite, working around the clock.  Heavy equipment was deployed to clear the debris and in 48 hours, they were able to hand over the runway for corrective actions, including milling, re-compaction, marking, and so on.

Drains were cleared, aerobridges were repaired, fuel hydrants cleared and aircraft rescue and fire-fighting facilities restored. Airfield ground lighting was progressively replaced, with radar and other navigational aids also gradually recalibrated and restored. By 27 August, the Director of General Civil Aviation was able to complete aerodrome inspections and operations progressively resuming on 29 August.

Repairs at the solar-power plant were also steadily carried out and by 15 September, the entire system was back online and power restored.

Joseph admitted the recovery process was challenging, accessing necessary specialty, heavy equipment, procuring specialized spare parts and manpower to carry out the repairs, ensuring adequate staff support when 75% of its staff were also affected by the flood, and mobilizing external labourers when the entire region and state was also in flood recovery mode.  But as the title of the session already noted, the show must go on.

President and Chief Executive Officer of the Greater Toronto Airports Authority, Howard Eng, shared another insightful perspective of managing customer experience during other disruptions. Airports may have recovery plans or systems in place and practiced how to use them but he admitted that when a major incident occurs, chances are, we are all inexperienced because it is likely that none of us have encountered it before.

Eng noted that an airport is never the final destination. People are at an airport to go to the city, transfer elsewhere or are transiting through the airport to another destination. Thus, airports need to make sure the flow for passengers is seamless and continuous. Toronto Pearson’s five runways have the capacity to support 90 movements per hour. However, flight movements are sometimes limited to 68 per hour due to the North/ South configuration of the runways. This occurs during more than 300 hours per year, affecting operations on 56 days of the year, inconveniencing passengers and incurring significant extra costs for airlines.  To Eng, this is a crisis to flow that happens too often.

When disruptions occur, the airport responds “in the moment” with the following:

Eng continued to elaborate on the airport response in “the big picture”, on how Toronto Pearson’s efforts spells favourable results in the following ways:

He also shared how Toronto Pearson is implementing Airport Collaborative Decision Making procedures which would further enhance the customer experience.

Besides system and procedural efforts, Toronto Pearson’s “I am Toronto Pearson” movement  has also picked up steam across the workforce.  Since its inception in 2014, Around 21,000 Toronto Pearson workers have voluntarily signed up and committed to a culture of community that ensures passengers and peers can count on them to care and help in time of need.  With this, overall courtesy and passenger satisfaction has increased, which would no doubt, also contribute to a more positive customer experience for when the airport encounters future disruption.

In closing, delegates all agreed with Steenstra’s point that it’s “hard to get ready for an event you can’t predict”.   Even with all the systems and procedures in place, it takes a strong safety culture and employee commitment to be able to respond quickly.

Eng noted that if procedures have not been updated in 10 years, they’re likely unsafe for unexpected circumstances. But he encouraged airports to always practice what they have and to also have the courage to think outside the box or challenge the process.

The speakers also noted that given how fluid information is today, thanks to social media and technology, airports need to be proactive with constant communication, coordination and collaboration among all parties and stakeholders.

The airport executives also affirmed the need to approach all incidents holistically, to properly take care of employees and see things from passengers’ perspectives.

Head, External Affairs, ACI Asia-Pacific
Jeannie oversees the organization of events, communications, World Business Partners, members services, and capacity building related matters at the Asia-Pacific Regional Office based in Hong Kong. She also serves as secretary to the Regional HR Committee. Previously, Jeannie spent over 16 years managing revenue contracts and then the procurement processes, including sourcing, contract formulation, and tendering of many systems’ contracts for the airport in Hong Kong. Jeannie holds a BBA from Florida International University and an EMBA from the Jack Welch Management Institute.
See articles
3 articles 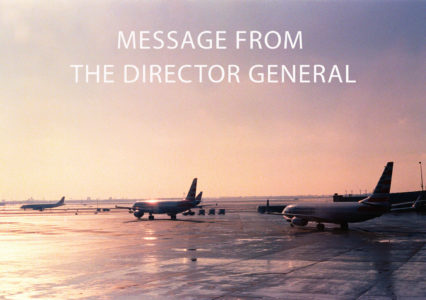 As ACI analysis shows how far traffic has fallen, cooperation and assistance will be key to recovery 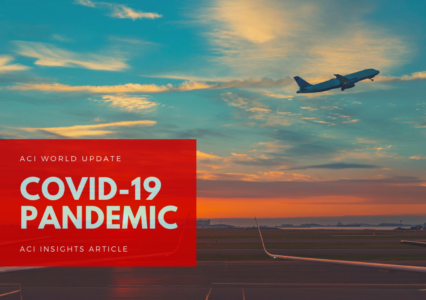 COVID-19: Global harmonization the key to a successful restart and sustained recovery

by David Whitely | May 27, 2020
The aviation industry has never faced a crisis like COVID-19. As the outbreak began to spread, the priority of airports...
Read more 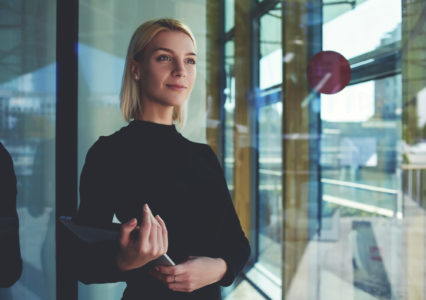