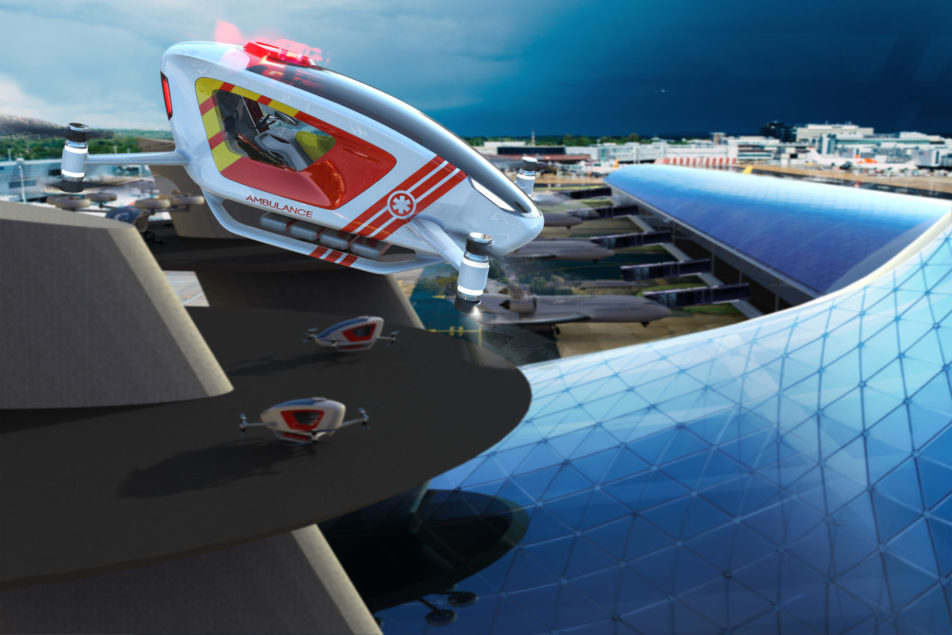 The future role of Urban Air Mobility in emergency services

Written by the Ambular Team

The introduction of fleets of small, electric aircraft is often presented as a possible solution to traffic congestion and the improvement of rapid urban transport.

Urban Air Mobility (UAM), as this sector has become known, could have advantages over traditional ground and air transportation which need roads, rail, bridges, tunnels or airports.

There is potential for UAM options to improve the delivery of emergency services, such as paramedic or ambulance services.

Global growth in the UAM sector

The global commercial UAM sector is expected to grow over the next few years and airports will continue to be the most important regional and international transport hubs.

They are indeed set to provide new services for UAM such as skyports, enabling an enhanced connection between airport and city. Airports themselves will also be able to experience and seek benefit from the maturation of UAM technology.

With an appropriate regulatory framework, unmanned aircraft could be used in airport operations with applications ranging from airport inspections to bird control and drone delivery, reducing costs and enhancing safety and operational efficiency.

UAM suppliers and manufacturers are developing cutting edge technologies at an accelerated pace, and the challenge regulators are facing today is typically to adapt regulations so as to ensure safety while allowing for innovation to be used in a reasonable timeframe.

The International Civil Aviation Organization (ICAO) is engaged in closing the gap between innovators and regulators. To that end, at the 40th Session of the ICAO Assembly, member States adopted resolution A40-27 on Innovation in Aviation.

The hope is that the pursuit of building the Ambular will serve as inspiration for ICAO colleagues and the wider aviation community.

It may also serve as a learning tool as it will engage volunteers in the process of figuring out how to unleash the potential of eVTOLs on improving peoples’ quality of life, therefore getting humanity one step closer to achieving the United Nations Sustainable Development Goals (SDGs).

In late 2017, ICAO started a project to predict and understand the future of aviation.

One of the guides in that journey was internationally recognized futurist Charles Bombardier who produced hundreds of designs through IMAGINACTIVE, a think-tank focused on envisioning what aircraft could look like ten, twenty or fifty years from now.

His mentorship and leadership inspired several staff at ICAO to contribute to the vision, and that exercise gave birth to a variety of crafts, from airships to high flying gliders, to electric Vertical Take-off and Landing vehicles.

These ideas were catalogued in the Future of Aviation book and quickly led to the realization that it was not enough to only think of new designs, but it was also important to remark their purpose.

One of the key concepts envisioned by ICAO staff was the Ambular.

The initial version was published in 2018. It was also featured in a short story from the graphic novel The Future of Aviation. As interested staff at ICAO started to build on the ideas imagined by Charles and IMAGINACTIVE, they also realized that they needed to understand what the various steps in the realization of such concepts were.

It is indeed important for those who set the international standards and recommended practices in aviation to understand the methods, problems, risks and any other aspects that those who build the future of the sector experience when going through the realization process.

And that is how the Ambular project was born.

Early in the design process, it became clear that the Ambular should make maximum use of technologies that were proven to work and already available in the supply chain.

Taking that into account the team developed the second version of the Ambular in the Spring of 2019. The next logical step was to then build various small scale prototypes as well as one full scale non- flying mock-up.

These were then unveiled at ICAO headquarters on December 7th 2019, globally recognized each year as the International Civil Aviation Day (ICAD), after which it was hosted in the ICAO premises for two months.

ICAO Secretary General Dr. Fang Liu opened the proceedings by giving a speech highlighting the importance of looking into the future of aviation and remarking ICAO’s involvement in related initiatives.

In parallel, during the summer of 2019, the team had contacted several educational institutions on potentially collaborating on the project. This brought them into contact with the Concordia Institute of Aerospace Design & Innovation (CIADI) and the opportunity to move the Ambular to Concordia University was presented.

During the month of March, the prototype was showcased at Concordia University’s 4th Space to take part in an aviation exhibition, the Take-off/Touch-down programming. Drones, planes, composite materials, and elements related to space and aerospace history were housed for Concordia students to see.

The aim of this event was to make the high-flying world of the aerospace industry more accessible to university students and public in general.

In a few months from now, Aerospace Day 2020, a conference with the theme: The Future of Air and Space Mobility, will be hosted by CIADI. The Ambular mock-up will be exhibited on that day and several key players in the aerospace industry as well as in other areas related to the theme will be present.

Thus, by looking to include students and the start-up world, the Ambular initiative strives to improve and widen recognition for the young generation’s critical role in the sustainable growth of our industry and is closely tied to the Next Generation of Aviation Professionals (NGAP).

While the Ambular will never be brought to market, one of the objectives is to rally experts from all across the sector to work together on the idea and to develop it as if it were a commercial product.

Since there are no commercial interests, it serves as a platform for the community to work through all the different issues without bias. The initiative is supported by ICAO, it is run by volunteers, and those who are interested in taking part in this initiative are welcome to contact the Ambular team.

Staff of ACI member airports are invited to participate in the joint efforts by leading the conceptualization of the Ambular’s ground station and air/heli/vtol-ports.

It is fully expected that the take-off and landing points for the Ambular will evolve from the experience of those who have a tried and tested tradition of making airports and heliports operationally safe and efficient. Without access to that knowledge base the Ambular faces the risk of having unrealistic ground concepts.

The Ambular team is also currently looking for sponsors interested in contributing to the project’s development.

By showcasing the initiative to industry and academia during Aerospace Day 2020, the team will be able to present the benefits of joining such a project. 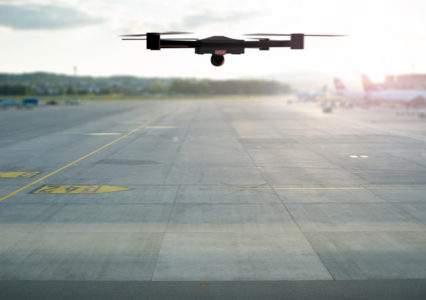 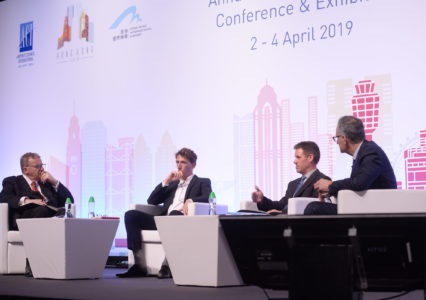 by David Whitely | Apr 15, 2019
There seems to be a constant revolution in the way we travel. Whether it be urban mobility with the advent...
Read more 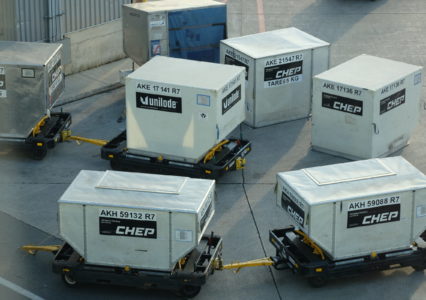 Part of the bigger picture: Air cargo and its role in airport economic recovery

by Billy Shallow | Mar 31, 2021
Air cargo is a vital component of the aviation ecosystem that supports trade and economic development. From an economic perspective,...
Read more
Share This