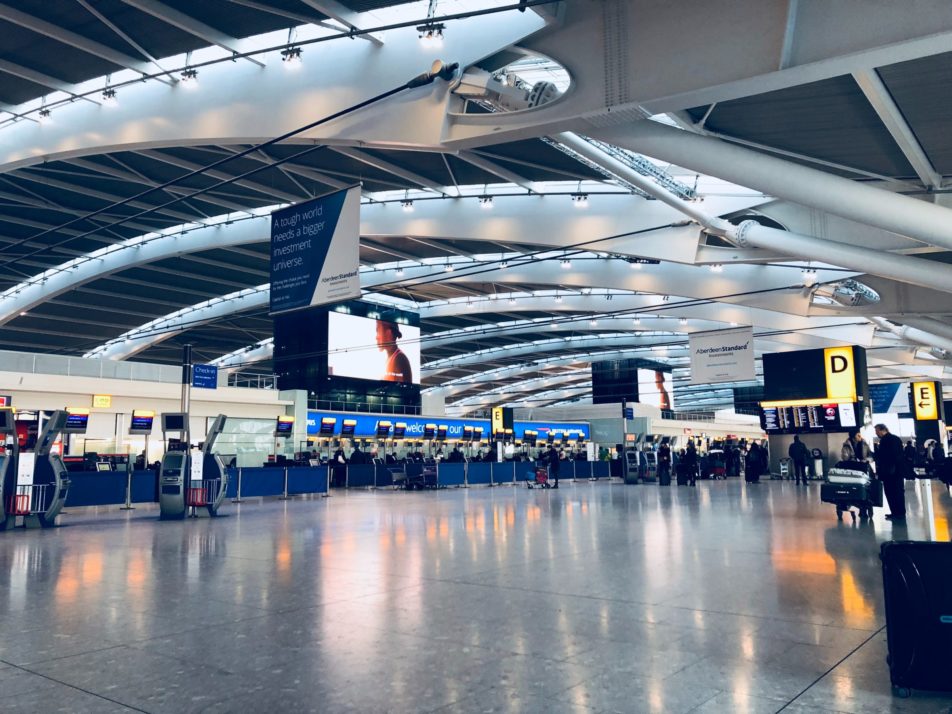 The bare bones – The economics of airport infrastructure amidst the pandemic

Airports are an integral part of the aviation ecosystem, but they currently face a crisis that they are not financially set-up to experience: a sudden and prolonged collapse in traffic levels.

During business as usual times (or pre-COVID-19), the multiplier effect and positive externalities that airports generate in terms of employment and contribution to local economies is significant. Commerce, tourism, and an intricate supply chain of large, medium and small businesses thrive and depend on passenger and cargo traffic within the aviation ecosystem and beyond. The travel restrictions introduced as a result of the pandemic and ongoing quarantine measures — instead of harmonized screening and testing of passengers as a viable alternative — have also meant that the economic multiplier is now in reverse resulting in severe income deterioration and devastating job loss.

As engines of socio-economic growth, airports are indispensable to the markets and communities they serve in support of a global recovery.

Airports are also capital-intensive investments. Irrespective of airport ownership model, the large capital outlay and the complexities involved in planning, getting approvals, and constructing new infrastructure means that there is level of risk associated with the long-time horizon of these investments. That is, capital investments are lumpy over the short term whereas cash flows and an expected return on invested capital are only perceived over the longer term.

As traffic levels increase over time, average total costs potentially decrease to some minimum efficient scale. Thus, economies of scale are achieved with traffic expansion, which also has an impact on charges for users of infrastructure. The opposite is also true when you have traffic declines. This is the bare bones economics of airports.

Put differently, certain levels of traffic in tandem with the associated necessary unit revenues — aircraft and passenger related charges and revenues from commercial activities — are fundamental in the recovery of costs and to generate a return on invested capital commensurate to this risk. The high fixed costs, the estimated decline of 60% in global traffic and resultant drastic shortfall in revenues of $104 billion (figures in US Dollars) epitomizes the inherent risks that airports face amidst the pandemic.

While the entire airport industry is suffering financially because of the pandemic, the burden that private airport operators face is particularly acute when analyzing industry financial statements and balance sheets.

Airports that have some form of private sector participation handle almost 45% of global passenger traffic in pre-pandemic times. Based on the most recent ACI estimates (before the pandemic), Europe and Latin America-Caribbean handle the highest proportion of passenger traffic held by airports with private sector participation at 75% and 66% respectively.

Airports with private investment or privatized airports come under an array of models which vary across the globe from one jurisdiction to the next. The types of privatization vary in terms of both direct investment levels and lifespan. Some may be in the form of management contracts by specialized airport management companies with no equity or capital directly invested in airports. Other models may involve airport operators entering longer term concessions spanning decades with governments and are known as the Build-Operate-Transfer (BOT) models. Finally, privatizations could also come under the form of divestitures that give operators partial ownership of airport infrastructure through a public-private partnerships or full private ownership.

Capital costs and other fixed costs tend to be greater for private airports because of the interest payments and depreciation expenses. One reason for this is that private airports must rely mainly on capital markets; they must finance capital investments by issuing equity, debt instruments or utilizing the necessary credit to finance fixed assets. While publicly owned airports can access funds via these channels as well, they may also draw on the government treasury to finance an expansion. In other words, beyond revenues from aeronautical and non-aeronautical sources to cover costs, the public purse could also contribute to the overall financing of airport operations and expansions.

On average, taxes and direct fixed costs represent as much 39% of total airport costs for fully government owned and operated airports. These costs are at least 50% for airports that have some form of private stake, however.  In fact, fixed costs are even understated in this analysis because certain operating expenses could be regarded as fixed or semi-fixed in the short to medium term. That is, certain services remain critical to airport operations, irrespective of traffic levels, to ensure that users of infrastructure are safe and secure. Thus, personnel costs and other contracted services, often regarded as variable costs in a classical economic sense, are semi-fixed in the short run (see chart 1) as they do not proportionally vary with traffic levels.

Chart 1: Fixed and semi-fixed costs as a percentage of total costs by type of ownership (2018)

Irrespective of ownership status, taxes, interest expenses and lease or concession fee payments to governments amount to as much as 23% of the overall airport costs on average. It is as much as 30% for airports with private stakes as compared to 15% for government owned and operated entities (see Chart 2). While every airport operator requires financial alleviation to speed up the industry recovery and to deliver on the economic and social benefits that they bring to communities, airport operators with some form of private sector involvement are bearing the greatest brunt of the financial shortfall given their higher fixed costs as a proportion of their total costs. The higher fixed costs are not due to inefficiencies. The fixed cost these operators face is largely external to business operations and mainly due to higher payments to government or related financing costs.

Airport operators are often required to pay a fee to governments for the right to occupy land and/or to operate irrespective of their ownership model. The fee may vary based on percentage of the revenues that airports generate but there is typically always a minimum amount that must be paid irrespectively. Thus, at a minimum, these concession fee payments represent fixed cost to airport operators. Many of the world’s largest hubs in places like India, South America and the Middle East have concession fee payment that represent more than 50% of total operating expenses.

Chart 2: Breakdown of expenses as a percentage of total costs by type of ownership (2018)

Like other infrastructure-intensive industries, airports are usually highly leveraged even during business as usual times, which is reflected in their debt-to-EBIDTA (earnings before interest, taxes, depreciation, and amortization) ratios. However, the historical stability in cash flows year after year justifies this fact. Independently of the airport ownership model and regulatory context, its outstanding debt in relation to its overall cash flow is a valuable indicator of financial health. Debt levels have consistently oscillated in the realm of 5:1 for many years. In fact, there was even a declining trend. As a result of the current pandemic, even based on assumed debt levels that have remained constant into the 2020 pandemic, the projected revenue shortfall would mean that debt-to-EBIDTA ratios would reach 10:1. Because many private airport operators face higher financing costs to begin with, the debt-to-EBITDA would even be higher than this. This is unsustainable and the risk of falling of the debt cliff is a pressing concern for airport operators.

Major credit rating agencies such Standard and Poor’s, Moody’s and Fitch have updated corporate credit ratings of some the world’s major airports resulting in certain downgrades. Unfortunately, even though the financial management of airports were consistently sound and stable before the pandemic, the risk of insolvency is apparent.

Despite the fact that central banks across the globe have acted swiftly to keep interest rates low and pump liquidity into the system, the airport sector still sees their overall financing costs rise as a result of the heighted risk associated with airport infrastructure assets. Thus, not only will the cost of debt rise but also the cost of equity. This is reflected in the weighted average cost of capital (WACC), which is the average of the minimum required rate of return which a company must earn for all security holders. This measure tells whether an investment is just compensating for the opportunity cost for a given level of risk.

With debt levels that are not sustainable, a number of airport operators are on the brink of insolvency. Governments are urged to help airports mitigate defaults on outstanding debt and potential losses to creditors due to the lockdown and travel restrictions. While airport operators are in discussions with their lenders regarding credit conditions, governments are advised to provide short-term loans or one-time cash injections to minimize default on debt and credit losses.

Airport rents and concession fees applicable to airport operators should be waived in the form of a one-time measure for a defined period of time, without the requirement for airports to pay back the waived amounts later. Similarly, extending the duration of the existing concession contracts for private airport operators to ensure that the remaining time is commensurate with the airports’ ability to recover the costs of capital investments represents another important relief measure.

Tax relief is area that needs immediate consideration. Deferring the payment of corporate tax in 2020 and beyond is another support measure that governments can immediately implement to relieve pressures to airport finances that are under distress. Such relief should apply to tax balances due, as well as installments. Corporate tax deferral provides greater flexibility to airport operators experiencing hardships during the COVID-19 pandemic, notably by increasing access to cash to ensure job preservation, continued operations, and debt payments.

Established in 2015, the SDGs call on the international community to pledge a plan of action based on 17 global targets that aim to ensure prosperity, peace and eradicate poverty by 2030. Aviation indeed plays a role in 15 of the 17 UN SDGs. Airports, more specifically, have been major supporters of Goals 8, 9, 10 and 13 concerning work and economic growth, industry, innovation and infrastructure.

Additionally, airports and aviation support other goals, such as reducing poverty, facilitating access to quality education, promoting gender equality, building sustainable cities and communities, and partnering for the goals with other industries. With the industry grounded and airports sitting empty and bereft of activity at the moment, there is a risk that the contribution to achieving these goals through a thriving aviation sector will be set back.